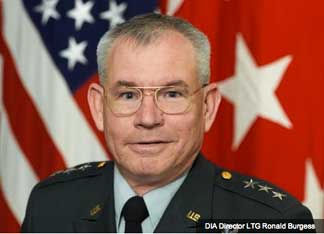 [SatNews] Keep your friends close, but your enemies closer... except when they're blowing things up.

Burgess stated in little-noticed written testimony prepared for an appearance before the Senate Armed Services Committee that Beijing is developing missiles, electronic jammers, and lasers for use against satellites. Much of the space warfare activity is being carried out under the guise of China’s supposedly non-military space program, he said.

“China’s successfully tested a direct ascent anti-satellite weapon (ASAT) missile and is developing jammers and directed-energy weapons for ASAT missions,” he said. “A prerequisite for ASAT attacks, China’s ability to track and identify satellites is enhanced by technologies from China’s manned and lunar programs as well as technologies and methods developed to detect and track space debris.” China’s January 2007 anti-satellite missile test involved a modified DF-21 missile that destroyed a Chinese weather satellite. The blast created a debris field in space of some 10,000 pieces of space junk that could damage both manned and unmanned spacecraft.

For the U.S. military, the successful 2007 ASAT test represented a new strategic capability for China. Analysts estimate that with as many as two-dozen ASAT missiles, China could severely disrupt U.S. military operations through attacks on satellites.

Burgess said China rarely admits that its space program has direct military uses and refers to nearly all satellite launches as scientific or civil.

For example, China’s Beidou global positioning system satellites will be available for regional users this year and globally by 2020, he said.

The satellites will provide foreign militaries with precision targeting capabilities through purchases of Chinese Beidou receivers and services.

The system will provide foreign militaries with “greater redundancy and independence in a conflict scenario that employs space assets,” he said.

The Chinese, as well as the Russians, are also developing space capabilities that interfere with or disable U.S. space-based navigation, communications, and intelligence satellites.

Moreover, North Korea has demonstrated its ability to disrupt U.S. navigational capabilities through Soviet-made electronic jammers placed on vehicles near the North-South demarcation line that, when activated, were able to disrupt U.S. Global Positioning System signals up to 62 miles away.