ULA's launch of WorldView-4 satellite was scrubbed last week at first due to a mechanical issue and then, secondly, because of a wildland fire that came uncomfortably close to Vandenberg Air Force Base, California, although we were told that the launch vehicle and payload were secure in the Mobile Service Tower at SLC-3E. As a result the launch was put on hold until the wildfire could be contained. The dramatic photos shown below are courtesy of DigitalGlobe's WorldView-3 satellite. How quickly a fire can increase in the course of a few days

DigitalGlobe Founder and CTO Walter Scott, said, “DigitalGlobe has been imaging the Vandenberg area each day since the fires broke out and providing this imagery to response teams on the ground. Our WorldView-3 satellite captured the image on the left five days ago, and the image on the right yesterday. These super-spectral images were taken with the satellite’s shortwave infrared (SWIR) sensor, which is uniquely able to pierce through smoke to provide high-fidelity identification of hot spots without the risk of having to fly a plane over an active fire.

Five days ago, the fire line, shown in bright orange, was as close as 2.5 km (=1.55 miles) to Space Launch Complex (SLC)-3E. By Saturday, there were no active fires near the launch pad and few hotspots remaining in the Canyon Fire. The fire is now 90 percent contained, and the burn scar covering some 12,500 acres is clearly visible.

SWIR imagery is a valuable tool for combating wildfires, classifying materials in urban environments, and detecting minerals on Earth’s surface. However, US regulatory reform is needed to fully leverage this capability, as the SWIR imagery we are permitted to distribute today contains only 25 percent of the information that is captured by the satellite. 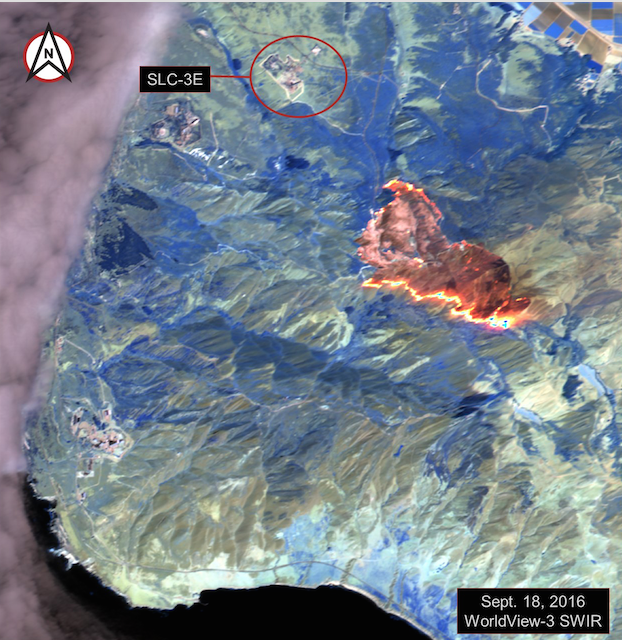 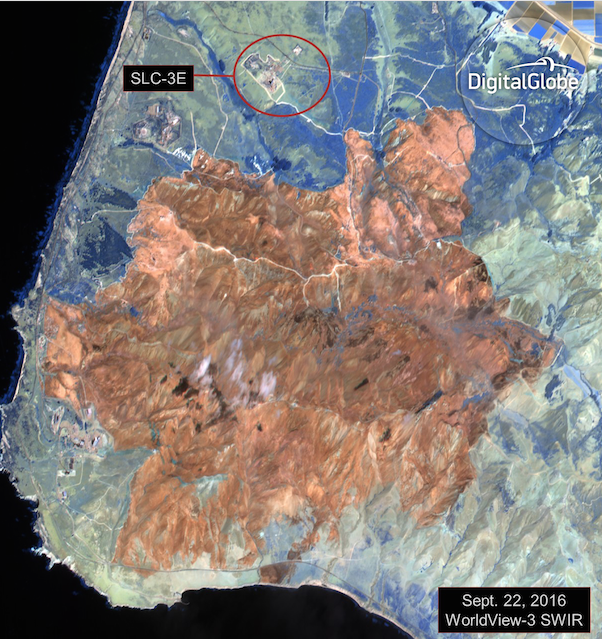