A Chinese Long March 3B rocket launched a satellite Tuesday toward a position in geostationary orbit more than 22,000 miles (nearly 36,000 kilometers) above Earth. Chinese state media claimed the mysterious spacecraft has a communication and television broadcast mission, but analysts believe it could enter service for the Chinese military. 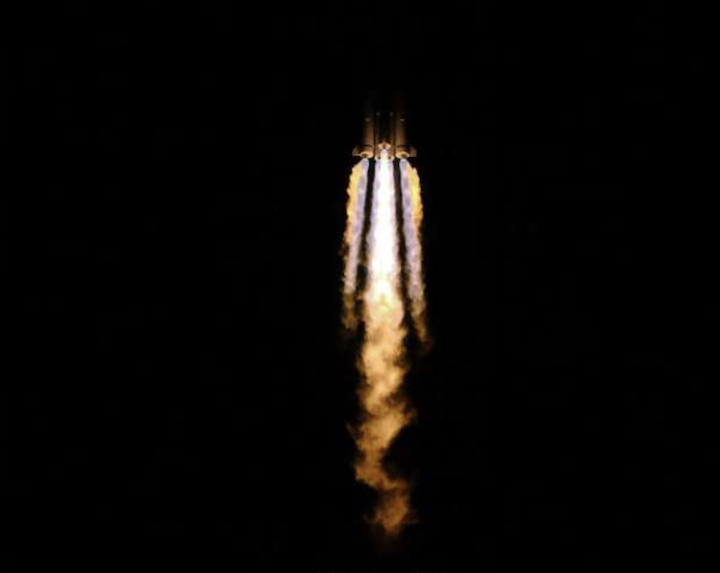 A Long March 3B rocket lifts off Tuesday with the TJS 5 satellite. Credit: People’s Daily

Four liquid-fueled strap-on engines gave an extra boost to the three-stage, 184-foot-tall (55-meter) rocket as it arced toward the east from Xichang, setting off on China’s first satellite launch of 2020.

The Long March 3B’s third stage was expected to deploy the satellite, designated TJS 5, into an elliptical geostationary transfer orbit with an apogee, or high point, stretching more than 22,000 miles above Earth.

Chinese state media declared the launch was a success. U.S. military tracking data later confirmed the satellite was deployed into the expected orbit.

The TJS 5 satellite is the fifth in a line of Chinese missions that have intrigued Western analysts. The first TJS satellite launched in 2015, and the timing and circumstances of the TJS 5 launch suggest a similarity with the deployment of the TJS 5 spacecraft in January 2017.

The TJS 2 and TJS 5 satellites were both manufactured by the Shanghai Academy of Spaceflight Technology, according to Chinese media reports. And both satellites launched from Xichang atop Long March 3B rockets in early January, with liftoff times separated by just two minutes.

That was not the case with the TJS series of satellites.

Analysts speculated the TJS 2 satellite launched in 2017 may have a military mission, such providing as missile detection and early warning services to the Chinese armed forces.

Like the TJS 2 spacecraft, the TJS 5 satellite is expected to use its own thrusters to maneuver into a circular geostationary orbit nearly 22,300 miles (35,800 kilometers) above the equator.