Indra is working in tandem with the European Space Agency (ESA) in the development of the next generation of Earth Observation (EO) solutions designed to help cities minimize damage in the event of a tsunami or any other major natural disaster, such as earthquakes, floods, volcanic eruptions, etc.

The objective is to break away from the usual international dynamic wherein large amounts of resources are transferred each time a vulnerable city or country is hit by such an event, instead of focusing the effort on prevention. The ESA and Indra want to reverse this process in order to drastically reduce casualties during crises such as these, as well as the expenses associated with emergency management and rebuilding work. 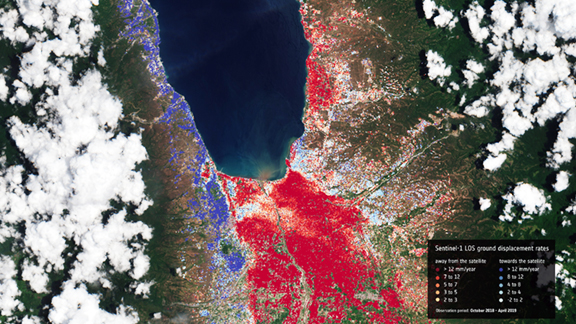 Image is courtesy of Indra.

Both companies had the opportunity to start making this vision come true during a recent experimental project carried out on a real case. They have worked together with Palu city authorities in Indonesia, rebuilding after the tsunami that hit in September 2018 and strengthening their capacity to withstand such an event in the future.

With a population of more than 350,000, the city on the island of Sulawesi was devastated by a huge wave after a 7.5-magnitude seaquake. Floods, surface collapses and landslides claimed more than 2,000 lives and destroyed all kinds of buildings, infrastructures and farms. After the event, the Disaster Risk Reduction project that Indra has been leading since 2012 was activated, driven by the ESA as part of the Copernicus Emergency program.

During the first moments, the company generated maps based on satellite images collected before and after the event. These provided detailed information on the state of each infrastructure, building, industrial installation and farm in the city and its immediate surroundings.

Indra’s Earth Observation expert, Alberto Lorenzo, explained that after a disaster of this kind, the information available is often confusing and limited. Space technology provides a very detailed and detailed view immediately. With it, you can set priorities, organize aid programs and ensure that they are available where they are most needed. 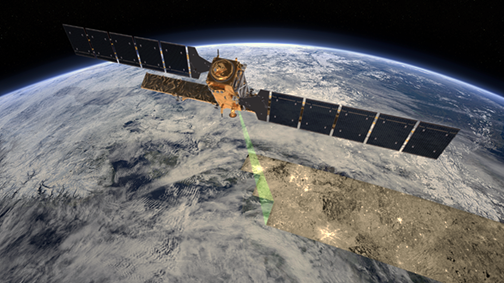 Sentinel-1 carries an advanced synthetic aperture radar that works in several specialised modes to provide detailed imagery for Europe’s Copernicus programme. These data will be used for applications such as monitoring the oceans, including shipping lanes, sea ice and oil spills. It also provides data to map changing land cover, ground deformation, ice shelves and glaciers, and can be used to help emergency response when disasters such as floods strike and to support humanitarian relief efforts at times of crisis.

After victim assistance work that went on for nine months, the city entered the next phase: rebuilding. The objective then was to use the information collected from space to design a city capable of resisting such a disaster if it happened again in the future.  The European radar satellite Sentinel 1's capability to detect ground movements to the millimeter was key for rebuilding.

Planetek, one of the members of the consortium led by Indra, generated maps from these data that showed the soil stability of each area, using the cloud-based Rheticus Displacement service. This information helped the authorities confirm whether it was safe or not to build on a certain area and to identify which buildings should be reinforced.

Additionally, an entire series of images and maps helped identify the areas of greatest risk in the event of a further tsunami or earthquake, and the areas where it was safest to build hospitals, industrial plants or establish farms. Specialists from different local organizations were also involved and briefed on the possibilities that these tools have to offer. This was supported by the Asian Development Bank and the Indonesian Space Agency.

Among the tools showcased, the ESA Geohazard Exploitation Platform was prominent, an online solution designed for the analysis of seismic, volcanic, landslide risks, etc. This system allows process large volumes of data collected by satellites to be processed and to extract information quickly. Saving lives, saving millions.

The Disaster Risk Reduction project led by Indra is part of the ESA's broader Earth Observation for Sustainability and Development project (EO4SD). Satellite images are a powerful development aid tool designed to support the work of an international entity, development bank or country. EO for the identification of: