KhalifaSat for EIAST To Be Launched By Mitsubishi Heavy Industries, Ltd.

[SatNews] The Emirates Institution for Advanced Science and Technology (EIAST) has tasked Mitsubishi Heavy Industries, Ltd. (MHI) for the launch of the landmark project KhalifaSat.

KhalifaSat is the most advanced satellite ever created for the UAE and the first to be conceptualized and built by a team of Emirati engineers in Dubai. KhalifaSat will be launched on MHI’s H-IIA launch vehicle together with the Japan Aerospace Exploration Agency’s (JAXA) GOSAT-2, a satellite tasked to observe the progression of greenhouse gases on Earth.

KhalifaSat represents advancements in space technology and the development of Emirati knowledge and skills gained from EIAST’s earlier projects DubaiSat-1 and DubaiSat-2. First developed at long-term partners South Korea’s Satrec Initiative’s facilities in Daejon, KhalifaSat is currently in the advanced stages towards the completion of construction at EIAST’s own advanced satellite manufacturing facilities. 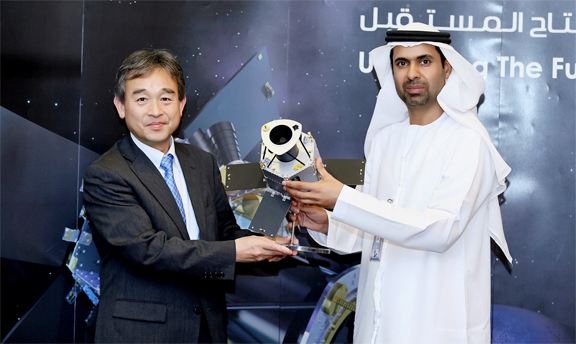 H.E. Yousuf Al Shaibani, Director General of EIAST, said MHI was chosen for this landmark initiative for their excellent past performance and their reputation for reliability amongst the global space technology community. He added, “From conceptualization to its actual launch, KhalifaSat is a very important project that will have a huge impact not only on the future of space technology in the region but also on the overall national development of the UAE. Looking back on MHI’s past projects, and especially its achievements with the high-performance H-IIA launch vehicle, we are assured of a successful and lasting collaboration with a company with one of the world’s highest launch success rates.” 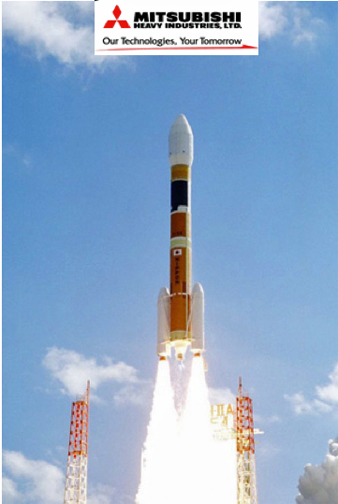 Photo of the Mitsubishi H-IIA launch vehicle is
courtesy of JAXA.

Since launching a national program for the development of space rockets in 1975, Japan has relied heavily on MHI on various aspects from manufacture to actual satellite launches. With a success rate of approximately 96 percent, or 26 successful launches out of 27 attempts, MHI plays a key role in developing Japan’s space activities. It’s H II-A rocket is currently the country’s main launch vehicle.

EIAST was established by the Dubai Government in 2006 to encourage scientific innovation and technological progress in Dubai and in the UAE. It also aims to develop the scientific skills and knowledge of Emiratis. It is mainly involved in outer space research and development; satellite manufacturing and systems development; space imaging; and ground station services and support for other satellites.