The financing requirements in connection with the acquisition are covered following the issuance on 13 December 2013 of 6-year senior unsecured bonds for a total of €930 million which were secured at attractive terms. 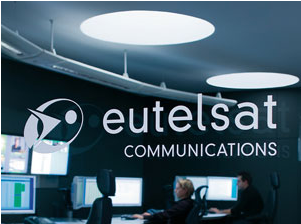 Welcoming the completion of the transaction, Michel de Rosen, Eutelsat Chairman and CEO, said: “With the acquisition of Satmex, Eutelsat is significantly upscaling activity in the Americas to complement our strong presence in fast-growing markets. Satmex’s strategic orbital slots, which will be expanded in 2015 with two further high-performance satellites, bring Eutelsat a robust platform from which to access significant opportunities in this region.
EuThey will be further complemented by the EUTELSAT 65 West A satellite that we will launch in advance of the 2016 Olympic Games in Rio de Janeiro to serve video and broadband markets in Latin America. We are delighted to welcome the Satmex team to Eutelsat and to strengthen our response to commercial opportunities with a broader range of satellites and teleports, a wider footprint and an expanded wealth of talent in our Group.”

Patricio Northland, CEO of Satmex, added: “We are very pleased to become part of an operator whose experience and quest for excellence set the standards in our industry. Joining Eutelsat enhances our offering to our high-quality customers and strengthens our ability to capture new opportunities in one of the fastest-growing regions in the satellite sector. We at Satmex are honored to combine our skills with those of Eutelsat and to pursue a trajectory of lasting and profitable growth as one team.”