[SatNews] "This thruster test is a crucial step toward infusing this green spacecraft propulsion technology into a wide range of government and commercial missions...”

Ball is leading an industry and government team that will develop and fly the GPIM to demonstrate a high-performance, non-toxic fuel alternative to conventional hydrazine. This will bridge the gap between characterizing the functionality of an integrated propulsion system, and the technology development needed for eventual use of green propellant in space. 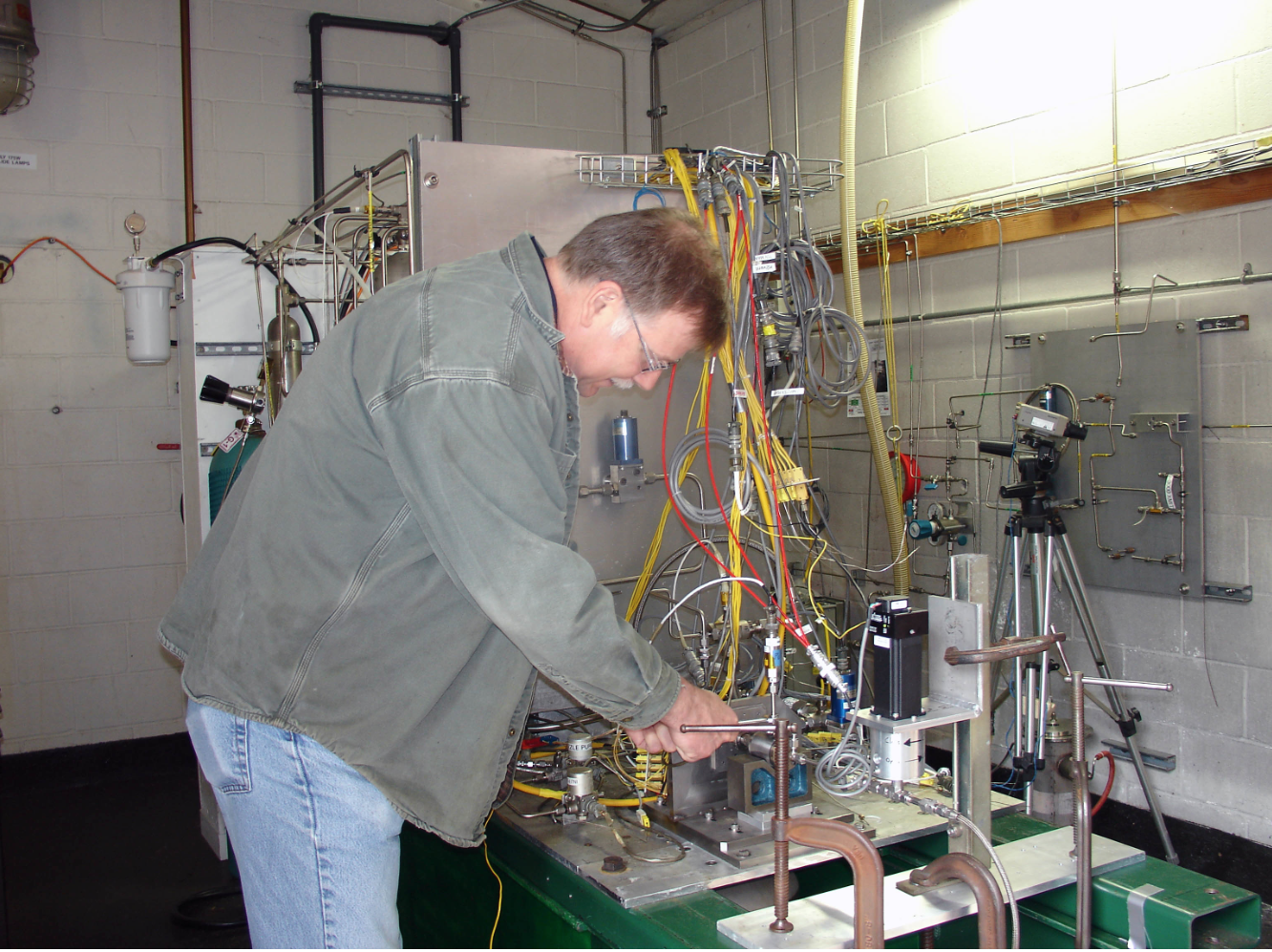 Aerojet Rocketdyne mechanical test technician, sets up the thruster for flow testing in preparation for the 22N firing test.

The milestone is significant because the 22 Newton thruster will fire simultaneously along with four smaller 1N thrusters to initiate orbit inclination changes and altitude changes. It is also critical for GPIM’s eventual de-orbit upon mission completion.

“The successful first firing of the thruster proves we have the right technology for the mission and are on track for flight development,” said Civil Space and Technologies Vice President and General Manager of Ball, Jim Oschmann. “Ball and Aerojet Rocketdyne are demonstrating the innovation needed to develop a fully domestic green propellant solution for the next generation of space flight.”

"This thruster test is a crucial step toward infusing this green spacecraft propulsion technology into a wide range of government and commercial missions,” said Roger Myers, Aerojet Rocketdyne executive director Electric Propulsion and Integrated Systems. “Its applications are diverse and its impact on performance will make green propellant a leading choice for future space missions.”