Looks like another delay for SpaceX's Falcon 9's launch at Vandenberg Air Force Base, California. Originally officials announced at the start of the week their plans to aim for a 10:28 a.m. Sunday, January 8 departure, with notices warning boaters and pilots of an upcoming launch and about areas to avoid due to a rocket launch or missile test from the base. Then it was Monday, January 9, however, a further pushout states: 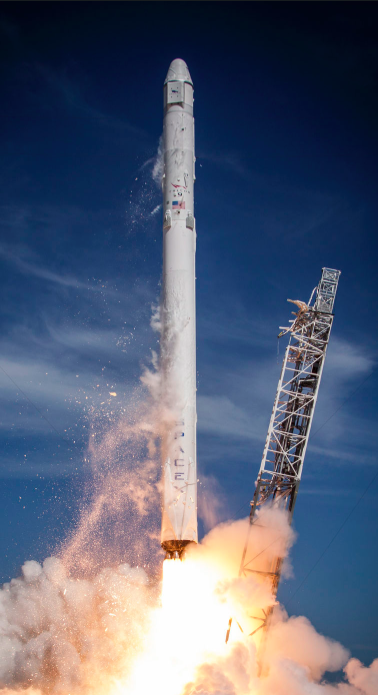 "With high winds and rain in the forecast at Vandenberg Air Force Base, the first launch of 10 Iridium NEXT satellites is now planned for January 14th at 9:54:34 am PST with a back-up date of January 15th."

As SpaceX crews attempted to conduct a countdown rehearsal and engine test firing at Vandenberg the engines ignited before turning off seconds later, while the rocket remains anchored to the launch pad.

On Thursday afternoon, SpaceX founder Elon Musk announced on Twitter, "Hold-down firing of @SpaceX Falcon 9 at Vandenberg Air Force completed. All systems are go for launch next week." Of course this was before the once-in-a-decade storm hit the state with massive snow and rain deposits and further complications of fierce winds.  The Falcon rocket will carry 10 Iridium Next satellites, the first set for a second-generation constellation of craft for the satellite-phone system.

Certainly Musk never wants to experience the devastation of what occurred during a similar test September 1 in Florida, when a flaw in the design led to an explosion of the rocket that destroyed its payload. Since then, engineers have been sifting through data to pinpoint the likely cause of this mishap.

On January 2, officials announced the results of the failure review, short- and long-term fixes and the planned Sunday launch attempt, although the mission still needs Federal Aviation Administration approval.

“The FAA has received the mishap investigation report from SpaceX and it is under review,” Hank Price, spokesman for the FAA's Office of Commercial Space Transportation, said Wednesday. “The FAA continues to work closely with SpaceX as they conduct the investigation and prepare for future Falcon 9 launches, in compliance with all applicable regulations and license requirements.