CapRock Is Robust — DATS All Right With The DoD's DISN

With bandwidth-on-demand available at 24 DISN access points, CapRock is able to connect DoD customers to the DISN in as little as 48 hours. Typical industry up-time for other carriers can be in excess of 30 days. CapRock’s switched optical network supports up to 10-Gbps. To date, the company has installed over 2500 terrestrial circuits to over 1,100 facilities in 28 states supporting tens of thousands of users. 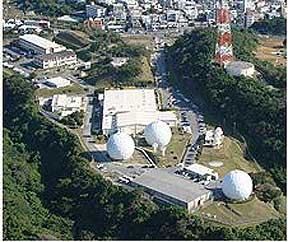 Providing award winning O&M support at DoD Facilities
“CapRock’s terrestrial network is a direct extension of the DISN core. Our team has installed over 2,500 circuits with another 500 orders currently in process,” said CapRock Government Solutions VP of Operations, David Cavossa. “We’re not just installing T1’s per customer request and calling it a network. Our backbone is live, it’s powerful and it’s available now.”

Two contracts for the Northeast and Southeast regions of the U.S. were awarded to CapRock in 2006 to help connect the DISN’s more than 800,000 users. In the last five years, the company has expanded its infrastructure and put field personnel in place to ensure faster provisioning times and greater flexibility.

“We have more DoD communications access points than any other service provider, with true end-to-end solutions from the GIG to the foxhole,” Cavossa added.

When combined with the company’s satellite communications infrastructure, which spans across more than 120 countries worldwide, CapRock can offer its customers one of the most robust fiber and satellite networks in the industry.

CapRock will exhibit at next week’s DISA Customer Partnership Conference at the Gaylord Opryland Convention Center in Nashville, Tennessee. Members of CapRock’s SATCOM and terrestrial program teams will be on hand at booth 529 to discuss the infrastructure and contracts currently in place to provide immediate service for DISA customers.