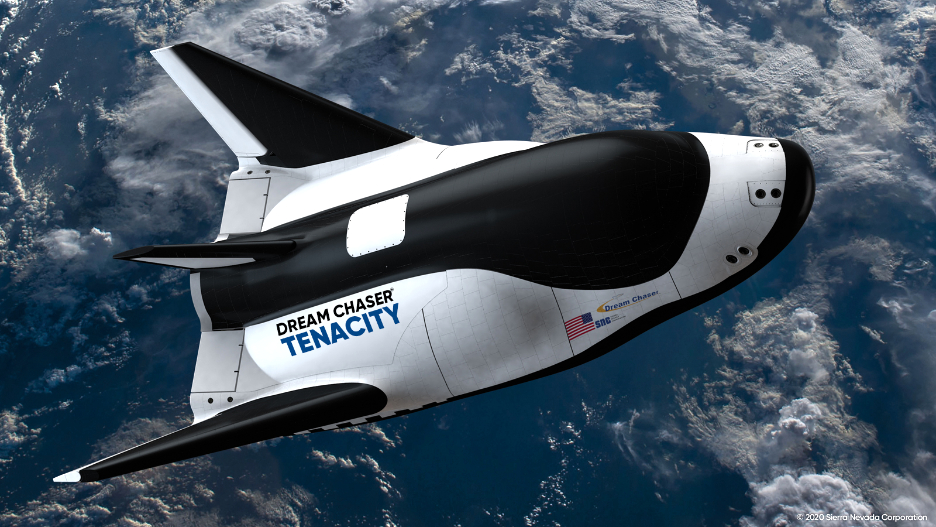 SNC’s Dream Chaser spacecraft, known as “America’s Spaceplane™,” is the world’s only non-capsule, commercial spacecraft and is capable of a runway landing. Under a NASA contract, it will perform cargo delivery and disposal services to and from the International Space Station on at least six NASA missions.

NASA selected the Dynetics team, of which SNC is an integral part, to support its Artemis mission to the moon. SNC is leading development of the crew module for NASA’s Human Landing System (HLS) program, which will ferry astronauts and supplies to and from the moon’s surface. The program is designed to provide new science and material resources and leverage the moon as a proving ground for future Mars missions. NASA’s goal is to land astronauts on the moon by 2024 and establish sustainable missions by 2028.

SNC Chairwoman and President Eren Ozmen said tenacity is in SNC’s DNA. Every critical moment in SNC’s history of innovation has called for tenacity, in overcoming challenges in order to support and protect explorers and heroes. As the nation faces this current challenge, we want this vehicle to be a beacon of hope that American ingenuity – and tenacity – will bring brighter days ahead.

John Curry, SNC’s Program Director for Dream Chaser, said this is a story of grit and tenacity on the part of SNC’s team. NASA’s vision and the company's for a next gen space shuttle with a gentle runway landing has weathered tough economic and budget resources and competing visions. The team and engineers working on Dream Chaser have believed in its superior design, knowing tenacity would lead to Dream Chaser flying in space and returning humans and science back to Earth safely.