Raising the Curtain on Dr. Curtin at the International Satellite Hall of Fame

It was revealed that Dr. Denis J. Curtin, Chief Operating Officer of XTAR LLC and an engineer who has made significant contributions to the technology of providing power to orbiting spacecraft, has been inducted into the International Satellite Hall of Fame by the Society of Satellite Professionals International (SSPI). 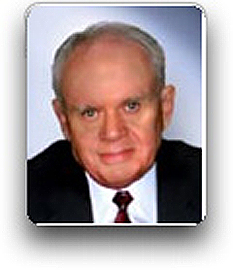 Dr. Curtin was selected for this prestigious honor for his influence on the industry over a four-decade career that began with his critical and guiding involvement in solar cell technology at COMSAT Laboratories in the late 1960s, and extended through the launch and development of two major satellite companies, ORION and XTAR, LLC.

The SSPI Hall of Fame recognizes the invaluable contributions of the visionaries and pioneers who have made possible the age of satellite communications.  Honoring individuals who, throughout their careers, have made a truly unique and significant contribution to the industry, the Hall of Fame salutes a lifetime of achievement in advancing science and technology or in helping to build the political and commercial foundations of the industry.

Dr. Curtin is credited with numerous technological contributions, many of them related to the power systems of the first five series of Intelsat satellites. He and his team in COMSAT’s Spacecraft Laboratory classified and tested all major types of solar cells for possible satellite use. Early on, his team concluded that only silicon solar cells were viable. Their work led to resolving key primary power problems in designing satellites and fostered the development of new high-power silicon solar cells by the COMSAT Solid State Physics Lab. Known as the COMSAT cell and later the more powerful Black cell, these devices became the industry standard for the next 20 years.

Under Dr. Curtin’s guidance, another COMSAT Labs team worked on improving solar array in-orbit performance. At that time, arrays were normally soldered parallel and in series with silver interconnections to achieve the proper satellite current and voltage. However, over a 10-15 year orbit and through repeated thermal cycles, the solar cell interconnections on 3-axis stabilized satellites with deployed solar arrays were found to experience dramatic stress. As a result, the solar arrays often failed after numerous thermal cycles.

Dr. Curtin’s COMSAT Labs team fostered development of a new means of interconnecting solar cells, ultimately replacing solder with electrical welding to minimize stress and increase the life of the solar arrays. These solar array breakthroughs were directly applied to the Intelsat V program, leading to long life performance. This type of solar array interconnection became the primary means for assembling silicon solar arrays for many years. Dr. Curtin’s COMSAT Lab team also managed a number of Intelsat R&D contracts that led to the development of new types of solar arrays that were later used on French and Japanese satellites.

In the early 1980’s, Dr. Curtin managed a COMSAT consulting contract with the League of Arab States, assisting them in developing the first ARABSAT satellites to the COMSAT/Intelsat standard.

In 1988, Dr. Curtin joined ORION, a start-up benefiting from the new U.S. law permitting systems to compete with Intelsat. First as head of engineering and then as Senior VP, Engineering & Operations, he led the ground-up technical development of this early commercial satellite system. He also contributed significantly to forming the Orion Network Systems partnership that built the three satellites. ORION was acquired by Loral Space & Communications in 1998. In 2001 Loral appointed Dr. Curtin General Manager of its new start-up program, XTAR, LLC.

As head of XTAR, Dr. Curtin was responsible for the formation of the unique international partnership between Loral and HISDESAT of Spain, before leading the development, launch and operation of what became the first commercial X-band satellite system dedicated to government users. In 2003 he was appointed Chief Operating Officer of XTAR.  Today, XTAR owns and operates two satellite payloads that provide mission-critical bandwidth to U.S. and Allied governments and military forces.

Dr. Curtin has authored over thirty publications and co-authored the article on communications satellites in the 10th Edition of the McGraw Hill Encyclopedia of Science and Technology. He is an AIAA Fellow and in 2006 was honored with the prestigious AIAA Aerospace Communications Award.