UK Hopes to Build Spaceport and to Welcome U.S. Launches


The U.S. and UK held discussions recently regarding the U.S. launching its rockets from a UK spaceport.

Britain could soon launch US rockets into space as trade negotiators are striking regulatory deals to remove barriers to trade, even before the UK leaves the EU. 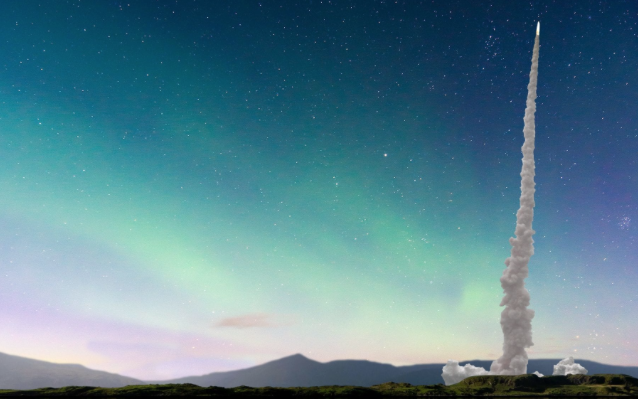 An artist's impression of a space launch from the UK CREDIT: UK SPACE AGENCY

A full free trade deal cannot be negotiated before Brexit, but regulatory barriers to trade can be tweaked or removed more quickly and the Department for International Trade is working on identifying these impediments.

In the space industry’s case, that means making sure US technology matches UK safety and environmental standards, while also reassuring the Americans that technology developed in the US will be used securely in Britain.

Officials from both countries met last week to talk trade, and space was a key item on the agenda.

The UK wants to build a spaceport and launch rockets from 2020 and the government wants to make sure a range of commercial operators, including those from the US, can use the site. New airspace regulations are being developed in an effort to keep up with the latest rockets, satellites and spacecraft.

Britain is not a typical site for launching rockets as its distance from equator means missing out on the maximum boost from the earth’s rotation. But the UK could be a better venue for certain orbits, the UK Space Agency believes.

“There is a global shift towards a more diverse, commercial launch market and a sharp rise in demand for launch services is expected from 2020 onwards,” said a spokesperson for the agency.

“The UK is well placed to service this demand, we have the right geography, industry and environment to host commercial launch services to polar and sun synchronous orbits.”

Other topics discussed by the trade working group include intellectual property law and its enforcement, financial services and stability for US banks operating in the EU from the UK after Brexit, and policies to promote small businesses' exports into the UK and US.

by Tim Wallace, The Telegraph