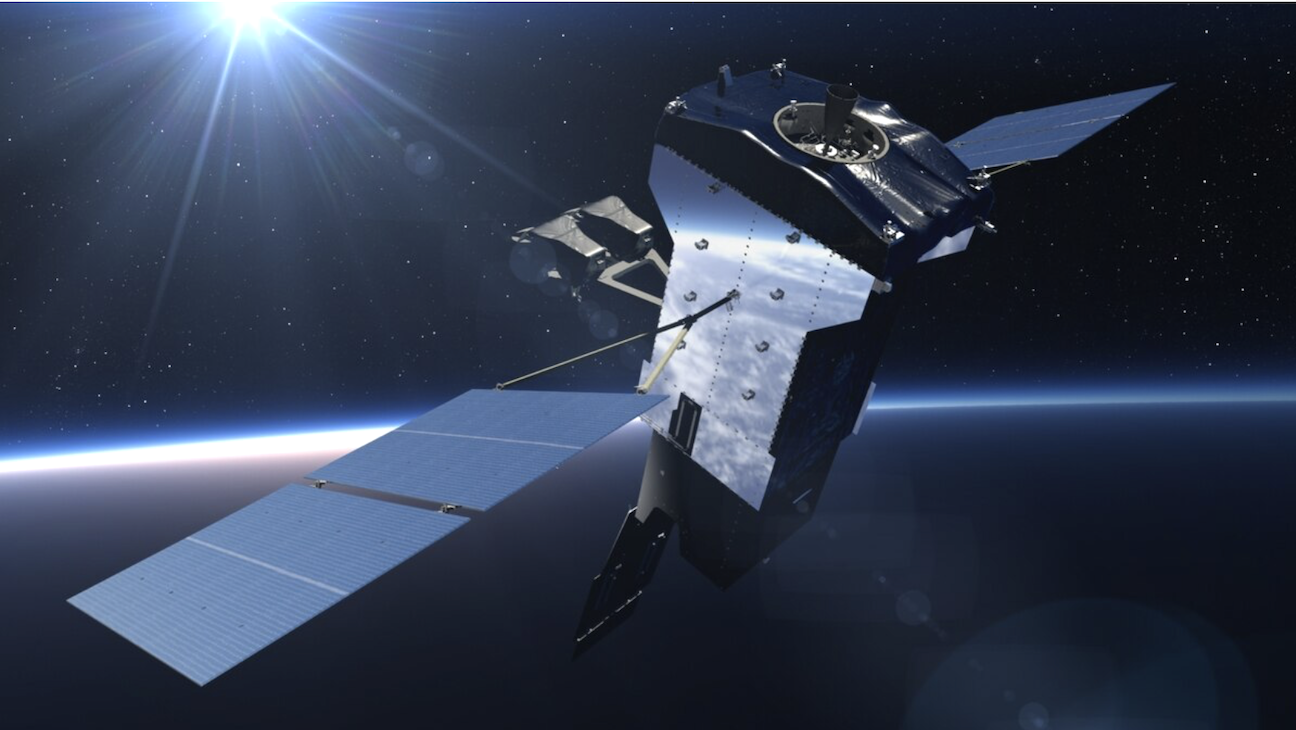 An artist's rendering of the fifth geosynchronous Space Based Infrared System on orbit. Next Generation Overhead Persistent Infrared satellites will replace the legacy system. (Lockheed Martin)

The U.S. Space Force has awarded Northrop Grumman a $2.375 billion contract for two Next Generation Overhead Persistent Infrared satellites that will help provide ballistic missile warning for the military.

Next Gen OPIR is to replace the Space-Based Infrared System, a crucial part of the nation’s missile defense architecture. Utilizing infrared sensors, the satellites will be able to detect and track ballistic missile threats while being more survivable than the legacy system.

The Space and Missile Systems Center plans to have five satellites in the constellation: three geosynchronous satellites built by Lockheed Martin, and two polar satellites being built by Northrop Grumman.

Northrop Grumman was initially awarded a $47 million contract for system and payload requirements analysis and risk reduction for the two polar vehicles in June 2018.

The $2.4 billion contract modification issued May 18 provides for Phase One design and development, the procurement of critical flight hardware, and risk-reduction efforts leading to critical design review. At this time, $70.5 million is being released. Work is expected to be completed by December 2025.

Meanwhile, Lockheed is developing the three geosynchronous Next Gen OPIR space vehicles. That company was awarded $2.9 billion in August 2018 to begin work on the satellites, leading to critical design review. In October 2019, the Space and Missile Systems Center announced the system had passed preliminary design review.

The Air Force has accelerated the timeline for Next Gen OPIR to get the first satellite delivered in 2025. That’s required more money up front than initially expected, which was provided through a series of reprogramming requests in 2019. That became a source of tension between competing versions of the annual defense budgets in the House and Senate last year, but SMC credited that reprogramming with keeping Next Gen OPIR on track.