Arianespace has announced a pre-order from the European Space Agency (ESA), on behalf of the European Commission (DG Grow), for four launches using the Ariane 6 rocket. Planned to start in January 2022, these launches will orbit eight satellites from Batch 3 to support the final deployment of the Galileo constellation and the replacement of certain satellites. 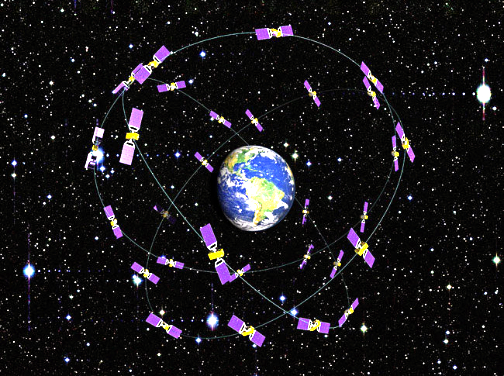 Artistic rendition of the Galileo constellation. Image is courtesy of ESA.

These four launches reserved for Ariane 62 will be confirmed after the European Commission finalizes its budget for the period 2021-2027, which covers these launches. The terms and conditions of this order have already been approved by ESA and the European Commission, and an initial payment has been made for this pre-order.

Galileo is the first joint infrastructure to be produced and financed by the European Union, which is also the owner of this system. It features innovative technologies developed in Europe, but which will benefit people from around the world.

Commissioner Thierry Breton, responsible for Internal Market, said there is no credible space policy without independent access to space. Europe has always demonstrated its excellence in the launcher area and both Ariane 6 and Vega C will secure Europe’s access to space in the future. Development of launchers in Europe is essential. The European Commission is proud to be the first institutional client of Ariane 6. It is important to anticipate the future needs of our Galileo program”

Jan Wörner, ESA General Director, stated that the prospect of Ariane 6 launching Galileo is a shining example of ESA and the EU's shared vision and goals for the future. With Galileo, space is fully integrated into the European economy and society, and makes their space sector globally competitive, and with Ariane 6, they guarantee the European autonomy in accessing and using space.

Stéphane Israël, CEO of Arianespace, added that the company is delighted to contribute to the operational ramp-up of Europe’s Galileo navigation system. Galileo will benefit from the excellence of another symbol of European independence, namely the Ariane 6 launch vehicle. Arianespace is pleased that ESA and the European Commission have selected the company's future champion which continues to prove its competitiveness in today’s market, with a growing backlog of orders from both commercial and institutional customers.

The Galileo space segment currently includes 26 satellites. While the first 14 satellites in the constellation were launched two at a time using the Soyuz launcher from the Guiana Space Center (CSG), 12 more satellites have now been orbited on three Ariane 5 ES missions, in November 2016, December 2017 and July 2018. These ten launches, seven by Soyuz and three by Ariane 5, cover the two phases IOV (In Orbit Validation) and FOC (Full Operational Capability) Batch 1 and Batch 2.

ESA chose Arianespace to launch the first four satellites in Batch 3 in September 2017, on behalf of the European Commission. The preorder for these four new Ariane 6 launches covers eight more satellites from Batch 3.