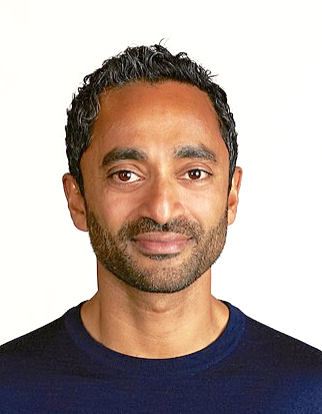 Chamath Palihapitiya said he had big plans when he raised hundreds of millions for a Palo Alto-based "blank check" company in an IPO in the fall of 2017.

He followed through on that promise Tuesday, pouring about $800 million into Virgin Galactic, British billionaire Richard Branson’s space-tourism venture.

About $100 million of that investment comes from Palihapitiya himself, while the rest is from Social Capital Hedosophia Holdings Corp., the company he created to help companies like Virgin Galactic go public without doing a traditional IPO.

Branson's company is now set to become the first publicly traded human-spaceflight company, thanks to the deal with Palihapitiya that was unveiled on Tuesday.

The deal is structured as a $1.5 billion merger in which a shell company set up by Social Capital Hedosophia (SCH) buys Virgin Galactic in order to take it public without an IPO.

SCH will have a 49 percent stake in the new company and Palihapitiya will be the chairman. It will continue to be led by CEO George Whitesides.

Palihapitiya told CNBC on Tuesday that he expects tourism spaceflights to start within a year and that Virgin Galactic will be profitable within two years after it begins publicly-trading.

“We have a customer backlog of more than 600 people and more than $80 million in collected deposits already,” Palihapitiya said.

Virgin Galactic has done two manned flights to space in the past year. The company plans to charge $250,000 to give space tourists about four minutes of weightlessness in the area about 62 miles above sea level that is where Earth's atmosphere ends and outer space begins.

The door reportedly opened for Palihapitiya's investment after Branson suspended plans to take $1 billion in funding from Saudi Arabia’s Public Investment Fund last year in the wake of the murder of Jamal Khashoggi, a dissident writer, in the Saudi embassy in Turkey.

The Wall Street Journal reported that Palihapitiya began meeting with Branson and his Virgin Galactic team soon after that and have been in talks most of this year.

"We are at the dawn of a new space age, with huge potential to improve and sustain life on Earth," Branson said in the announcement of the deal with Social Capital Hedosophia. "I am delighted that SCH has decided to become such an important part of our amazing journey. They share our dreams and together we will make them reality."

The deal comes as time was running out for Social Capital Hedosophia to use the money it raised in an IPO in September 2017. It had pledged to take an unnamed company public within two years of when it started trading on the New York Stock Exchange.

The blank check company went public at $10 a share back then and its stock (NYSE:IPOA) hasn't moved much up or down since. It rose more than 2 percent in trading after Tuesday's announcement.

[Editor's note from Social Capital] Chamath Palihapitiya is Founder and CEO of Social Capital, whose mission is to advance humanity by solving the world’s hardest problems. Social Capital is a technology holding company that backs breakthrough companies in areas including healthcare, artificial intelligence, climate change and space. Before founding Social Capital, Chamath was a member of the senior executive team at Facebook and a key driver in making it one of the most important companies in the world. Prior to Facebook, Chamath held leadership positions at Mayfield Fund, AOL and Winamp. He was born in Sri Lanka, grew up in Canada, and graduated with a degree in Electrical Engineering from the University of Waterloo. Chamath is also Owner and Director of the NBA’s Golden State Warriors.