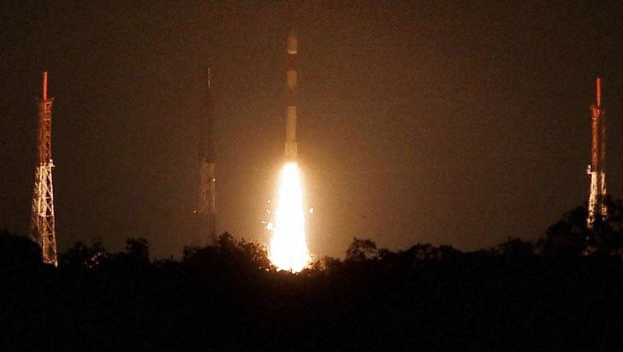 Launched from the Satish Dhawan Space Centre at Sriharikota, India, the 400kg satellite is orbiting 550km above Earth in a Near Equatorial Obit (NEqO) for remote sensing applications.

First contact with TeLEOS-1 was made with the TeLEOS-1 ground station at 10.18 pm on 16 December, 1 hr and 48 mins after launch. This is a pivotal milestone as it is an important step for the TeLEOS-1 Ground Control Station to establish communication with the satellite. With the link established, the team at the Ground Control Station can now receive the satellite’s status reports as well as command the satellite to conduct all the planned In-Orbit Test (IOT) activities.

Currently, the engineering team is conducting the IOT for TeLEOS-1 which is expected to take about six months. This includes:

a)        Two weeks of the Launch & Early Operations (LEOP) phase – where the satellite status is being closely monitored during each ground pass (every 90 minutes, 24Hrs x 7) as various Satellite Bus sub-systems will be powered on, deployed, and their responses checked to ensure the status is in defined order.  TeLEOS-1 will exit the LEOP phase when the team assess that all basic Satellite Bus sub-systems and their functions are running as expected.

b)        Two weeks of Satellite Bus Calibration and Validation – the performance of the various Satellite Bus Sub-systems is measured to determine what needs to be calibrated to improve their performance.  For example, transmission power of the communication sub-systems, or pointing accuracy of the Attitude Determination and Control Sub-systems.

c)        Five months of Payload Calibrations and Experiments – this is to perform a series of imaging experiments for the camera payload, with different camera settings, at different areas (desert, forest, city, plantations, sea etc), and at various times of the day, to bring out the best performance of the camera.

With a mean revisit time of 12-16 hours and coverage of the equatorial belt which includes many major shipping routes, disaster prone and forest fires regions, there are vast business opportunities for TeLEOS-1 including high-responsive applications in maritime security and safety, Humanitarian Aid and Disaster Relief and environmental activity verification. TeLEOS-1 remains on track to transmit its first commercial images by mid-2016.