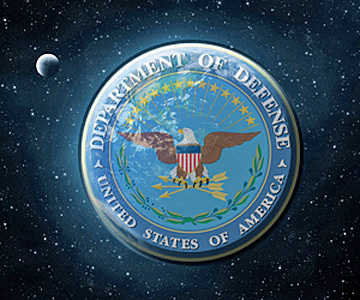 The implementation plan for expanded mobile device access has been in place for about 18 months, John Hickey said. A joint pilot program with the Army has been running for about that long, he added.

“We’re now operational on the unclassified side [and] starting to port over our pilot users, as well as some of the major commands,” he said. After conducting operational studies, Hickey said, commands such as the Air Force’s Air Mobility Command are now using mobile devices for daily unclassified operations.

About 2,000 devices already are in use on the unclassified network, he said, and infrastructure capacity will be developed in increments of 25,000 until the goal of 100,000 devices is reached.

“The implementation plan and DOD strategy was to attack the infrastructure piece first—really base, camp and station,” Hickey said. “The next phase, obviously, is how do you move that forward into the attackable environment and the operational environment?”

The move to mobile platforms isn’t just about giving users access to the latest off-the-shelf devices, Hickey said — it’s also about accessing and protecting information. Ensuring the security of commercial applications that allow users to access email or share documents is one part of the process, but so is creating a space where applications can be quickly developed and shared in response to the needs of warfighters, he said.

The next challenge is user identification, Hickey said. He added that there isn’t much commercial support for mobile public key infrastructure, which would enable users on insecure mobile networks to securely exchange data. Manufacturers exist for one type of card reader called a sled — a case-like card-reader attachment for mobile devices, Hickey said. But battlefield commanders dislike the additional complication of using a common access card while out in the field, said Michael McCarthy, the director of operations and program manager for the Army’s Brigade Modernization Command. The mobile application store was part of DISA’s requirements when it requested proposals from companies seeking to develop a mobile device management framework for the Defense Department, Hickey said.

DOD took a three-pronged approach to mobile device application management: governance, development and use of existing applications, he noted.

The governance piece — developing rules and standards for application security — is up and running, he said. The role of the implementation plan, in part, was to provide security guidance to device and application developers to help speed up the approval process, Hickey explained.

Already, a Samsung device has made it through testing in less than 90 days, he said. “I had my doubts myself how quickly [the process] would go, but we’re seeing the rewards of publishing the security standards that we want the users to meet,” Hickey said. The next step, he said, is creating an application development process and making it easy for personnel at all levels to quickly make an app that others can use. Hickey said he expects that, eventually, warfighters will use in their operations a mix of applications that includes apps created in response to their specific needs, commercial apps and apps developed by other DOD users.