Kymeta...  Electronic Beamsteering Metamaterials-Based Antenna Is Right On The Beam


[SatNews] The demonstration also shows that Kymeta can dynamically track motion of moving platforms and automatically re-direct the beam towards the satellite through software without any moving parts.

Kymeta now has working prototypes of its flat-panel metamaterials-based antennas, and will demonstrate the electronic beamsteering capabilities to the audience at the Satellite 2014 show in Washington D.C. March 11-14, 2014 at booth booth 4127.

Kymeta Corporation, the company commercializing innovative metamaterials-based flat-panel antennas for satellite communications, today announced that a working prototype of its antenna will be demonstrated in booth 4127 at the SATELLITE 2014 show in Washington D.C. March 11-14. This follows the news in December 2013 of Kymeta’s successful first-time ever high-speed Internet connection over a satellite link, and further confirms that Kymeta is ready to move into commercial product development and production. 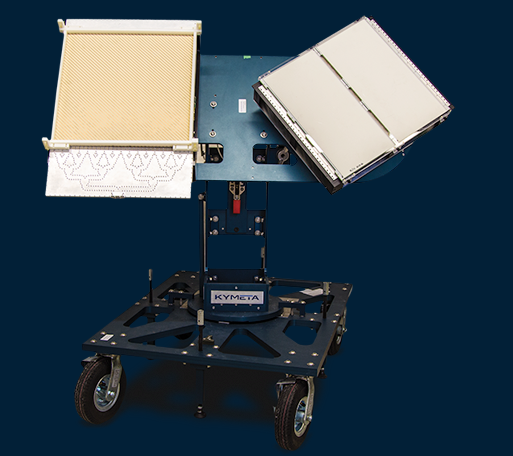 “Last year we showed concepts and models. This year we show working antennas,” said Vern Fotheringham, Chairman, President and CEO of Kymeta. “We are collaborating with the satellite industry to build products and solutions for mobile, transportable and fixed communications, and expect to have demonstration units for testing as early as second half of 2014.”

The demonstration in the booth at the SATELLITE conference shows electronic beamsteering towards a moving satellite model that transmits a high definition video signal displayed on a HDTV. The demonstration also shows that Kymeta can dynamically track motion of moving platforms and automatically re-direct the beam towards the satellite through software without any moving parts.

“I am truly excited to show the satellite industry that our technology is working,” said Dr. Nathan Kundtz, Founder, Executive Vice President and CTO of Kymeta. “Kymeta’s electronic beamsteering capabilities will open a range of new mobility solutions in aviation, maritime and automobile markets, and the technology is also a good fit for spacecraft antenna solutions.”

Kymeta expects to have prototype satellite communication units ready for field trials in second half of 2014 with initial availability of commercial products in early 2015.

Kymeta Corporation is commercializing a new, innovative software-enabled metamaterials-based electronic beamforming antenna for satellite communications. Kymeta has been named by MIT Technology Review, as well as by CNBC, as one of 2013’s 50 most disruptive companies as part of their annual list of the world’s most innovative technology companies. Kymeta was selected by Future in Review as a 2014 FiRe Starter company. The company is based in Redmond, Washington, and operates on a worldwide basis. For more information, please visit.