ABS Gets OK From ANATEL For ABS-3A Ops Over Brazil

[Satnews] ABS has been granted rights from the Brazilian National Telecommunications Agency (ANATEL) as of December 2015 to operate their first satellite for Brazilian concerns. 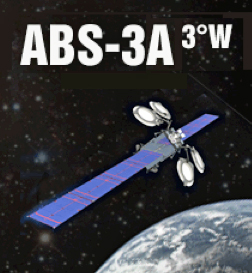 This ABS satellite is the new, revolutionary, ABS-3A satellite which operates on both C- and Ku-bands. ABS-3A is the first, commercial, all-electrical propulsion satellite in the industry and entered into operation in August of 2015. The satellite is available to serve a wide range of verticals in Brazil, including mobile backhaul, rural broadband, video, Oil & Gas, and mobility applications.

ABS-3A is a high-power satellite providing 720 MHz in C-band and 216 MHz in Ku-band over Latin America. The satellie also provides superb coverage across Europe, the Middle East and Africa. Due to the innovative design and wide beam coverage, ABS-3A provides the ideal capacity to serve video, data, mobility and government applications in continents on both sides of the Atlantic Ocean.

“The approval of the landing rights in Brazil is an important milestone for ABS in the region. We recognize the importance of Latin America and ABS-3A will satisfy the increasing demand for bandwidth for this market,” said Tom Choi, CEO of ABS. “We are looking forward to serving such a vibrant and expanding area which is one of the key emergent markets requiring greater satellite capacity to support its fast growing economies.”