At The CASBAA — India's Future Still Shines In Satellite Sector 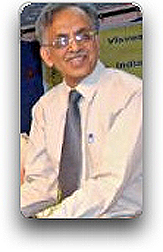 Mr. Bhaskaranarayana of ISRO show-cased the extraordinary progress made by the Indian satellite sector, which now boasts some 211 satellite transponders on 11 domestic satellites and was recently boosted by the successful launch of the Chandrayan-1 satellite into lunar orbit.

“Thanks to the on-going support of senior government officials, domestic players and the general CASBAA membership, this year’s India Satellite Forum has been an extraordinarily successful platform to promote development of the satellite market within India,” added David Ball, Chairman of the CASBAA Satellite Industry Committee and Regional VP Asia-Pacific for Intelsat.  “With the still significant unmet demand from users and strong growth prospects well into the future, the Indian market lends itself to strong partnership relationships between ISRO and the international commercial satellite operators.“

However, during follow-up panel discussions participants also called for the deployment of yet more satellite capacity over India in order to satisfy still pent-up market demand. “Despite the extraordinary success of ISRO over the past couple of years, the digital telecoms and DTH markets remain seriously under-provisioned in terms of transponders,” said Simon Twiston Davies, CEO, CASBAA.

According to CASBAA, India remains a highly competitive market for broadcast services with more than 240 licensed TV channels, some 10 million DTH connections and 4 million digital set-top boxes. Despite the recent economic down-turn, the industry is forecast to enjoy 4-6 percent growth this year, said CASBAA.