The Japan Times is reporting that Russia’s space agency on Tuesday blamed a failed satellite launch from its new cosmodrome on a programming error, prompting an angry response from the deputy prime minister in charge of space. 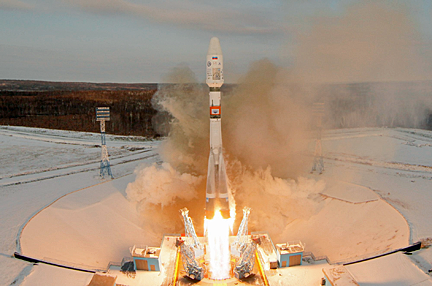 On November 28, Russia lost contact with its Meteor-M weather satellite after its launch from the new Vostochny cosmodrome — only the second such launch since the facility opened in the country’s Far East last year. The failure “exposed a hidden problem in the algorithm” that never manifested itself in similar launches, Roscosmos said in a statement, referring to the procedure the computers are programmed to follow.

Deputy Prime Minister Dmitry Rogozin, who oversees the space industry, slammed the Roscosmos commission for failing to properly assign blame. “The results of the Roscosmos commission cannot be considered fully objective as they do not answer the main question: how could such a mistake take place and who is responsible for it?” Rogozin said Tuesday, quoted by Interfax news agency.

Rogozin said a separate commission would be created to assess how effective Roscosmos has been. “Its results will be shown to the country’s leadership,” Rogozin said.

Roscosmos said the commission looking into the incident found that the upper-stage rocket, which carries the payload to its final orbit, behaved unpredictably after separating from the Soyuz carrier rocket.

“Unfortunately, we faced a problem which was not linked to quality or production, but to peculiarities of software that was first tested around 20 years ago,” Roscosmos chief Igor Komarov told journalists, quoted by Interfax.

Vostochny spaceport was built to ease Russia’s dependence on the Baikonur cosmodrome it rents from Kazakhstan and to revive an industry plagued by recent embarrassing failures. The loss of the Russian weather satellite Meteor-M — which went up along with 18 smaller satellites from companies and institutions in Russia, Japan, Norway, Sweden, the United States, Canada and Germany — was the latest setback for the Russian space industry.

Independent space expert Vadim Lukashevich told AFP that Roscosmos was attempting to save face over what was in fact “incompetency and unprofessionalism.” He said, “It is a blunder by the person who tweaked the algorithm. … If the algorithm did not work, then it means this program was not completely finished and did not take into account all the parameters of the Vostochny cosmodrome. According to them, it is not those who failed to check the algorithm in the current new conditions who are guilty — but those who created it 20 years ago.