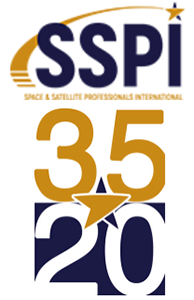 The Space & Satellite Professionals International (SSPI) has announced the first annual “20 Under 35” list of outstanding young professionals under the age of 35 — the announcement was made at SSPI’s Future Leaders Dinner at Satellite Innovation 2018 in Mountain View, California.

SSPI’s annual list of "20 Under 35" features 20 employees and entrepreneurs to keep your eye on in coming years. They were selected from nominations submitted by the membership and evaluated by the same panel of judges who name winners of the Promise Awards. They represent, quite simply, the best of us in the years ahead.

“The young executives on our 20 Under 35 list work for both established leaders and daring innovators in the industry,” said SSPI Executive Director Robert Bell. “They come from many different nations and different disciplines. What they have in common is a track record of achievement that is remarkable for people in the first decade of their careers, and a commitment to excellence second to none.”

Full profiles of the 20 Under 35 can be found on SSPI’s infosite — SSPI's 20 Under 35 program is sponsored by Boeing.