SpaceX's NEXT Launch is Wednesday, 10 More Satellites in a Series of 75 for Iridium 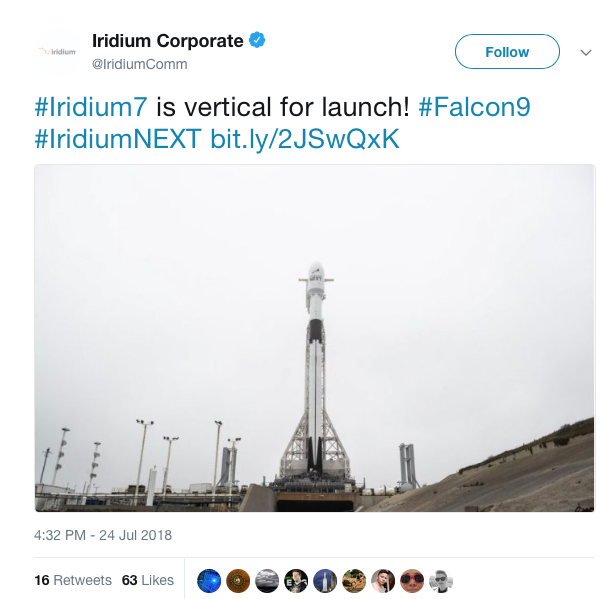 SpaceX is targeting Wednesday, July 25 for the launch of 10 Iridium NEXT satellites from Space Launch Complex 4E (SLC-4E) at Vandenberg Air Force Base in California. This is the seventh set of satellites in a series of 75 total satellites that SpaceX will launch for Iridium’s next generation global satellite constellation, Iridium® NEXT.

SLC-4E consists of a concrete launch pad/apron and a flame exhaust duct. Surrounding the pad are RP- 1 and liquid oxygen storage tanks and an integration hangar. Before launch, Falcon 9’s stages, fairing and the mission payload are housed inside the hangar. A crane/lift system moves Falcon 9 into a transporter erector system and the fairing and its payload are mated to the rocket. The vehicle is rolled from the hangar to the launch pad shortly before launch to minimize exposure to the elements. 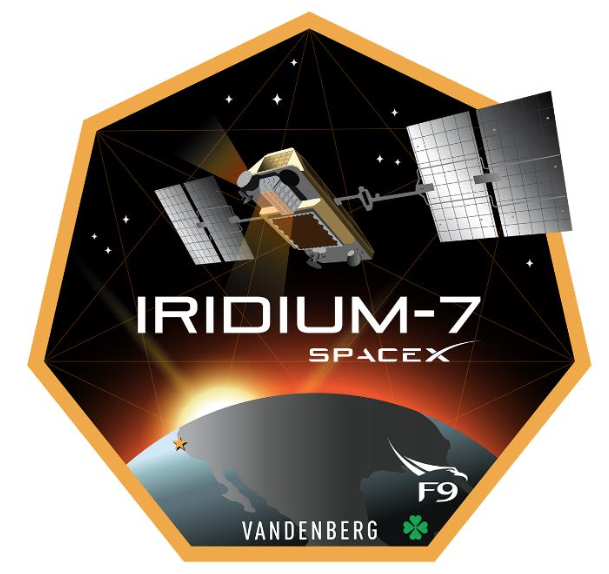 Following stage separation, SpaceX will attempt to land Falcon 9’s first stage on the “Just Read the Instructions” droneship, which will be stationed in the Pacific Ocean.

For this seventh Iridium mission, 10 Iridium® NEXT satellites will be launched as part of the company’s campaign to replace the world's largest commercial satellite network. A total of eight Iridium NEXT launches are planned with SpaceX, which will deliver 75 new satellites to orbit. In total, 81 satellites are being built, with 66 in the operational constellation, nine serving as on-orbit spares and six as ground spares. Iridium is the only satellite communications network that spans the entire globe.

Iridium NEXT is one of the largest "tech upgrades" in space history. The process of replacing the satellites one by one in a constellation of this size and scale has never been completed before. The new constellation is enabling the development of innovative products and services including Iridium CertusSM, the Company’s next-generation broadband solution for specialized applications, like safety services, data and communications, remote monitoring, tracking and more.