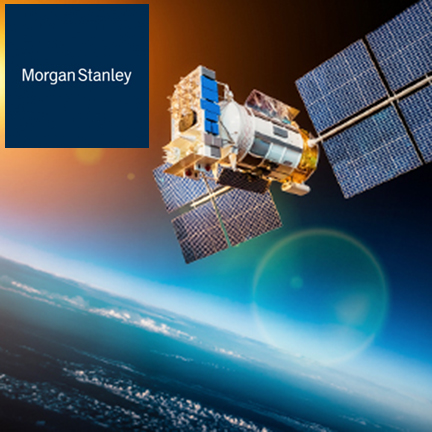 Morgan Stanley expects the FCC to issue a Final Report and Order in November on repurposing a portion of the C-Band spectrum (3.7-4.2 GHz) for wireless use.

The FCC's Final Report and Order should address if — and how (private auction, etc.) — the C-Band, currently used by satellite providers can be reallocated to wireless carriers. Morgan Stanley estimates this spectrum is worth between $10-30 billion in gross proceeds, payable to the satellite providers if going through a private auction route, to compensate for the economic costs of moving satellite services away from a portion of the band. There may also be a voluntary windfall tax on these gross proceeds.

FCC Chairman Ajit Pai recently noted, “I'm optimistic that later this fall we will vote on in order to make a significant amount of spectrum available in the C-Band for 5G.”

Morgan Stanley expects this matter to be voted on at the November 19 (or possibly December 12) FCC Commission meeting. The agenda items for this meeting should be posted approximately three weeks ahead of time —October 29 (or November 21).

Since the FCC Notice of Proposed Rulemaking was issued in June of 2018, the market has been anxiously awaiting a final Report and Order. The FCC appears ready to permit the C-Band Alliance to run an auction for 180/280 MHz of spectrum under their supervision. While the C-Band Alliance has offered to make "a significant voluntary contribution to the U.S. Treasury", the size of that contribution remains unclear.

Scenario 2
Share price $24/+ percent. A 21 percent rate equates to the Federal Corporate Tax rate, which could be an anchor point. The stock should benefit from added certainty on the outcome, particularly if there is more clarity on reclaiming 280 MHz of spectrum versus 180 MHz.

Scenario 3
Share price $19/-17 percent. A delay into 2020, or a decision to choose an FCC led auction, would likely pressure the stock after recent appreciation. Morgan Stanley's base case is most similar to Scenario 2, using a 30 percent discount in the company's valuation to account for voluntary contributions, other taxes and expenses. For gross proceeds, Morgan Stanly is assuming a $0.375/MHzPOP on 180 MHz of C-Band spectrum. Furthermore, the company assumes $2 billion of clearing costs for the initial 180MHz band, with 45 percent of the net proceeds going to Intelsat.

For Scenario 1 and 2, Morgan Stanley assumes a 5 percent incremental cost on top of the windfall tax to account for other items. I.N