The Defence Ministry is studying a plan to lease or co-invest in a new satellite at a cost of two billion baht a year over the course of 15 years.

The satellite could be operational in 2021, when the ministry's lease contract for the Thaicom satellite is due to expire, according to ministry sources. 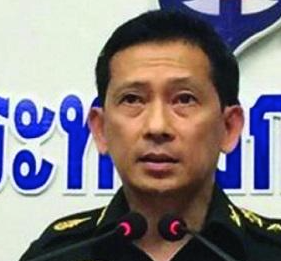 Defence Ministry spokesman Khongcheep Tantrawanich said Wednesday the ministry should have its own satellite for security-related tasks, though a satellite would also be shared with other state agencies.

"The satellite would, however, primarily have a 'channel' for security affairs," said Lt Gen Khongcheep."Right now, we are developing human resources [for satellite technology]," he said.

Today, satellites are being used for spy missions and Thai defence authorities need to catch up with this technology, the spokesman said.

He was speaking after a meeting Wednesday of the defence council, chaired by Defence Minister Prawit Wongsuwon, who is also deputy prime minister. The ministry's permanent secretary, the chief of the defence forces and the armed force chiefs also attended the meeting.

Lt Gen Khongcheep said the meeting agenda included consideration of the national defence space strategic plan from this year to 2027, drawn up by the ministry.

Gen Prawit assigned the Office of the Permanent Secretary for Defence to look into possible threats from space which could have an impact on national security.

The office was also ordered to work with the armed forces and other domestic and international agencies to enhance the ministry's capacity in this field, he said.

Military personnel must be technically able regarding satellites and similar technology to deal with space security in the future, including the use of satellites for reconnaissance, unmanned aerial vehicles (UAV) for bombing missions and the handling of satellite-guided missiles, according to Lt Gen Khongcheep.

According to ministry sources, the defence council had ordered the Defence Technology Institute (DTI) and the ministry's space affairs and cyber centre to assess the "THEIA" satellite project.

It is part of the Thailand Satellites Data Information Processing Center, in which Thailand will work with the United states and other countries, the sources noted.

The US THEIA Group invited the Thai government to co-invest in a satellite (THEIA Space) with another four or five countries, the names of which were not revealed, the sources said.

THEIA Space can be used for image recording and survey natural resources, as well as national security purposes. This will give important information and yield economic benefits so it is in line with the Thailand 4.0 policy, one of the sources said.

The co-investment programme could take about 15 years at a cost of two billion baht a year, the sources said, noting Thailand may opt to only lease the satellite.

The satellite's lifespan would last 30 years. And the project could be divided into two phases, 15 years each.

In January, Deputy Prime Minister ACM Prajin Juntong, who leads the national space policy committee, visited the US, to discuss the satellite programme.