[SatNews] He served as Chief of Intelligence, Surveillance and Reconnaissance with the Office of Undersecretary of Defense for Acquisition, Technology, and Logistics in the Space and Intelligence Office, where he ...

Hughes Network Systems, LLC (HUGHES) of broadband satellite solutions and services, and a provider of managed network and application services,  announced that John Moberly has joined the company as senior director.  In this position, Moberly will lead strategy and business development for the Defense and Intelligence Systems Division.

“I am honored to join the Hughes team,” said John Moberly, senior director with the Defense and Intelligence Systems Division.  “I have dedicated my career to helping the military and intelligence communities to obtain the right technology and SATCOM resources to meet their missions.  With Hughes’ tremendous legacy of technology and innovation, I am confident to have found the right company where I can continue helping these communities meet their missions.” 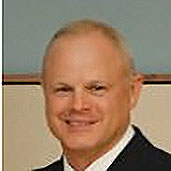 Prior to joining Hughes, Moberly served a significant portion of his career with the military and the Intelligence Community.  He served as Chief of Intelligence, Surveillance and Reconnaissance with the Office of Undersecretary of Defense for Acquisition, Technology, and Logistics in the Space and Intelligence Office, where he was responsible for oversight of major systems acquisitions in space and intelligence.  He also served as Chief of the U.S. Army Space and Ballistic Missile Team Chief.  Moberly spent a significant part of his career with the National Reconnaissance Agency (NRO), serving as project manager and systems engineer for the Advanced Systems and Technology Directorate and as the Deputy for National Systems Support on the CENTCOM Team.  Moberly also served as Space and Ballistic Missile Defense Team Chief for the U.S. Army.  He retired from the military in 2012.

“We are excited to have John Moberly join our team,” said Rick Lober, vice president and general manager of the Defense and Intelligence Systems Division at Hughes.  “John brings unparalleled knowledge of the unique technology and SATCOM requirements facing today’s military and intelligence communities, and I’m confident his experience will help expand the Hughes footprint in the defense and intelligence communities.”

Moberly received an executive certificate in Science and Technology Public Policy from the Kennedy School of Government at Harvard University, and holds M.S. degrees in Aeronautics & Astronautics from Stanford University and in Engineering Management from the University of Missouri, Rolla.  He is a graduate of the U.S. Military Academy at West Point, where he received a B.S. degree in Systems Engineering/Mechanical Engineering.