Housed in an AAC Clyde Space bus, the satellite will be launched April 17, 2019, from Wallops Island, Virginia. 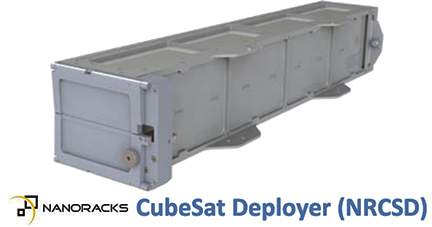 The smallsat will be placed in LEO via the NanoRacks CubeSat Deployer (NRCSD) on the International Space Station – via NanoRacks’ Space Act Agreement with NASA’s U.S. National Lab. The mission is part of the In-Orbit Demonstration (IOD) Program, funded by Innovate UK and managed by the Satellite Applications Catapult.

In addition to this launch, OMS plans to place six to eight more weather observation satellites in orbit throughout 2019. With eight satellites, and OMS’ ICED platform direct-to-user data capabilities, observation revisit rates for any point on Earth will approach two hours, compared to the three- to 72-hour data collection intervals available from existing government-operated satellites and data dissemination systems. 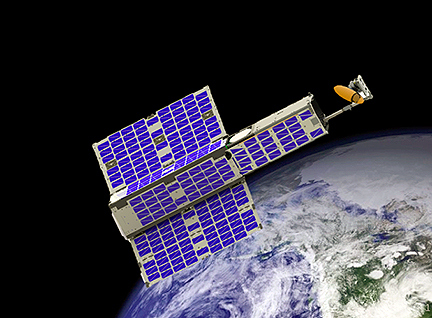 The full GEMS constellation is planned to consist of 48 CubeSats which will provide global weather observations at 15 minute intervals. Employing miniaturized passive microwave radiometers, the GEMS satellites will gather temperature, humidity and precipitation measurements, providing fundamental inputs for weather nowcasting and forecasting. Weather intelligence tools incorporating this analytics-ready data (ARD) will be leveraged through the ICED platform, by their customers in the aviation, shipping, insurance, and agriculture sectors.

William Hosack, OMS CEO, said the launch of the IOD-1 GEMS puts the company on the cusp of the next generation in weather and Earth data driven analytics that will have a profound effect on all aspects of society impacted by the accuracy of weather forecasting. Through the dedicated efforts of the OMS and Clyde Space engineering teams, the satellite has passed all launch readiness tests and is cleared to fly. After deployment in LEO, the satellite will gather and transmit atmospheric observation data which will be aligned and integrated with other atmospheric and weather datasets at the company's International Center for Earth Data (ICED) in Edinburgh, Scotland. The firm anticipates that the resulting datasets will begin to improve the quality and temporal resolution of weather intelligence available to commercial, governmental, and institutional users.”
Hosack continued by adding that one point of pride for OMS is that this milestone has been reached by a commercial company that has bootstrapped its growth through private funding, competitive awards and sweat equity. While the data produced from these satellites will be of critical interest to governments, OMS is squarely focused on delivering what the commercial market needs regarding near real-time access to highly accurate and detailed weather intelligence that can increase global safety, security, and prosperity.