[SatNews] The International Space Station celebrates its birthday today,15 years after the first module was launched in 1998. 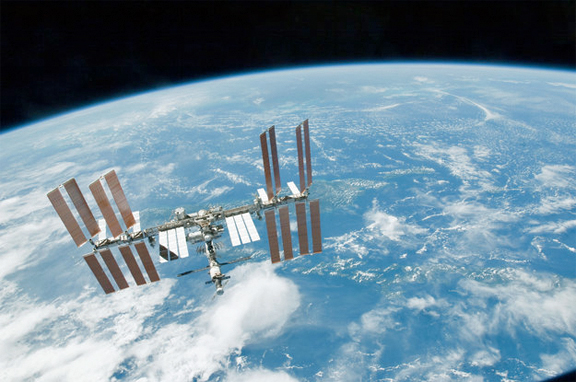 The International Space Station seen from Space ShuttleEndeavouron mission STS-130 after the spaceplane undocked on 20 February 2010.
Photo is courtesy of NASA.

The Space Station is the largest cooperative project ever carried out in science, involving NASA, ESA, Roscosmos, the Canadian Space Agency and the Japan Aerospace Exploration Agency. 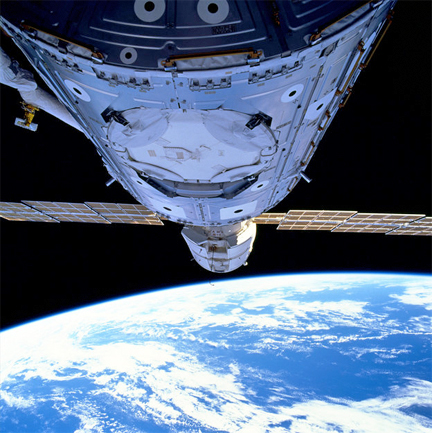 The first two modules that make up the International Space Station, Zarya and Unity, docking in the cargo bay of Space ShuttleAtlantison 6 December 1998. Zarya had been orbiting Earth for 16 days before it was connected to Unity.

Since then the International Space Station has grown to include three laboratories, a gymnasium and an observatory.

On November 20, 1998 a Russian Proton rocket lifted off from the Baikonur space centre in Kazakhstan carrying Zarya, the Station’s first component. Three weeks later, onDecember 4, the Space Shuttle delivered Unity, the Station’s second module, which was attached to Zarya on December 6 .

The first crew to live on the Station, Expedition 1, arrived on November2, 2000. Since then, the Station has been continuously occupied for 13 years, the longest continuous human presence in space and the only permanent weightless laboratory.

The Station has grown with the addition of the Italian-built Harmony module in 2007, ESA’s Columbus laboratory and Japanese Kibo laboratories in 2008. Since Columbus was attached to the Station almost six years ago, a total of 110 ESA-led experiments involving some 500 scientists have been conducted, spanning fluid physics, material sciences, radiation physics, the Sun, the human body, biology and astrobiology.

The Station is more than a laboratory and observatory—it is also an international space harbour receiving spacecraft such as Russia’s Soyuz and Progress, Japan’s HTV,commercial ships such as Dragon and Cygnus, and Europe’s Automated Transfer Vehicles (ATVs).

ESA has sent four ATVs packed with supplies and experiments to dock with the Space Station. The fifth, Georges Lemaître, is scheduled for liftoff next year. 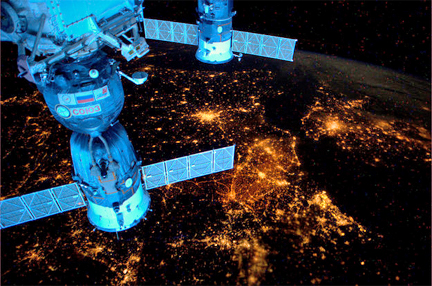 Including the current Expedition 38 crew, 211 people have visited and worked on the Station on more than 352 spaceflights. European astronauts from Italy, France, Germany, Belgium, the Netherlands, Spain and Sweden have joined Russians, Americans, Canadians, Japanese and more to push the frontier of human exploration.

The Station offers a complete orbital research and technology laboratory, and is used to test systems and operations for future space exploration. These activities improve the quality of life on Earth by increasing our scientific knowledge from out-of-this-world research.

Celebrate the Space Station’s birthday with ESA and the US, Japanese and Canadian space agencies by tweeting, using the hashtag #ISS15. What does the International Space Station—its science, technology and astronauts—mean to you. 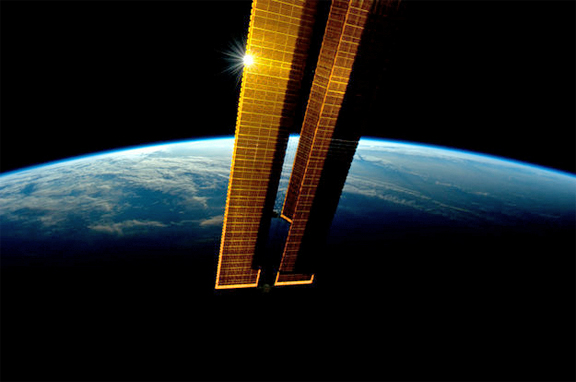 An International Space Station solar wing catches the Sun as the orbital outpost flies over Earth as daytime arrives. This image was taken by ESA astronaut André Kuipers during his six-month PromISSe mission in 2012. Astronauts on the Station experience around 16 sunrises and sunsets each day
as they circle Earth at 28 000 km/h.
Photo is courtesy of the ESA + NASA.
Topical Tags :
Manufacturing
Agencies
Regulatory/Government
Satellite Operator
Service Provider
Regional Tags :
Asia/Asia Pacific
Europe
North America