The IXPE mission is led by NASA's Marshall Space Flight Center, with support from Ball Aerospace, the Italian Space Agency (ASI), Laboratory for Atmospheric and Space Physics at University of Colorado Boulder and other partners. 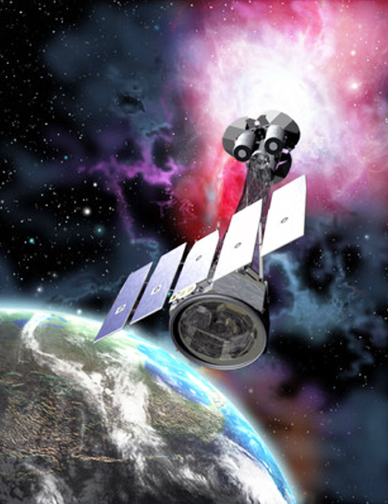 IXPE is a Small Explorer, or SMEX mission, which is part of NASA's Astrophysics Explorer Program.

IXPE is a Small Explorer, or SMEX mission, which is part of NASA's Astrophysics Explorer Program. Dr. Martin C. Weisskopf, NASA Marshall Space Flight Center, is the principal investigator for the mission. Once launched in 2021, IXPE will measure the polarization of cosmic X-rays to improve our understanding of the fundamental physics of extreme and exotic objects in the universe, such as black holes.

Ball Aerospace is responsible for providing the IXPE spacecraft, mechanical and structural elements of the payload, observatory assembly, and integration and test for IXPE. The company will leverage its BCP heritage of small, low-cost satellite buses that have a successful history of exceeding mission design life. The BCP has a broad spectrum of capabilities, is highly-reliable and has proven stability and pointing performance, which are essential for astrophysics missions.

The IXPE mission will fly Ball's smallest BCP model, about the size of a mini refrigerator, and similar to the BCP built for NASA's recently-launched Green Propellant Infusion Mission (GPIM), which is already commissioned and delivering textbook performance.

Dr. Makenzie Lystrup, VP and GM, Civil Space, Ball Aerospace, said IXPE is an excellent example of an integrated team comprising government, industry and academia focused on a common purpose to deliver exciting and important science — the kind of work Ball loves to do. With M-CDR now complete the company focus is on hardware production, which includes the Ball Configurable Platform, or BCP, small satellite.