Endeavour Leaks Date of Next Launch 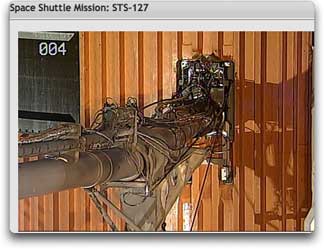 The July 11 date comes after the end of an orbital sun-angle condition called a beta angle cut-out, which occurs between June 22 and July 10. The cut-out creates a thermal condition that prohibits shuttle and space station docked operations.

The gaseous hydrogen venting system is used to carry excess hydrogen safely away from the launch pad. Wednesday's leak is similar to one that prevented Endeavour's launch on June 13.

The 16-day mission to the International Space Station will feature five spacewalks and complete construction of the Japan Aerospace Exploration Agency's Kibo laboratory. Astronauts will attach a platform to the outside of the Japanese module that will allow experiments to be exposed to space.