AireonSM announced today the sixth successful launch and deployment of its space-based Automatic Dependent Surveillance-Broadcast (ADS-B) payloads, hosted by the Iridium® NEXT satellite constellation. This successful sixth launch comes just days after Aireon welcomed a new air navigation service provider (ANSP) to its ownership family, NATS of the United Kingdom. At a press conference on Wednesday, May 16th, NATS officially joined the ANSPs of Canada (NAV CANADA), Denmark (Naviair), Italy (Enav) and Ireland (Irish Aviation Authority) alongside Iridium Communications at the forefront of bringing the transformational capabilities of space-based ADS-B to the aviation community. 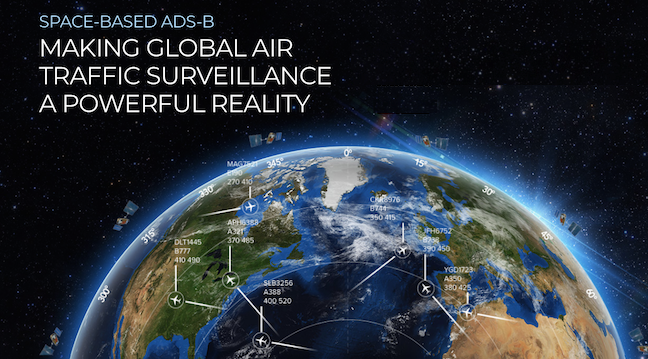 SpaceX's Falcon 9 rocket lifted off from Vandenberg Air Force Base in California, bringing the total number of Aireon payloads in orbit to 55 leaving two more launches of 10 satellites each before the launch campaign concludes in 2018. The Aireon system will go live in 2018, with the intention to start operational trials over the North Atlantic in early 2019.

"This has been an unbelievable two weeks for Aireon," said Don Thoma, CEO of Aireon.  "The addition of NATS to our ownership group is an undeniably significant show of the importance of what Aireon is bringing to the industry, especially since they were among the first to become a customer, even before a single Iridium NEXT satellite had been launched. Adding another successful launch on top of that makes this a week that will forever be remembered as a huge milestone in Aireon history."

Upon completion, the Aireon system will, for the first time, enable real-time air traffic surveillance across the entire planet for aircraft equipped with ADS-B. ADS-B is the next generation surveillance technology that is a major enhancement over radar.  Several major ANSPs have mandated its equipage, including the Federal Aviation Authority (FAA) and Europe by 2020.  The Aireon system has placed network grade ADS-B receivers on each Iridium NEXT satellite which receives broadcasted aircraft data and transmits it to air traffic controllers or airline operations centers in mere seconds.