The following is an account of a dramatic rescue, lives were saved and the story shared. 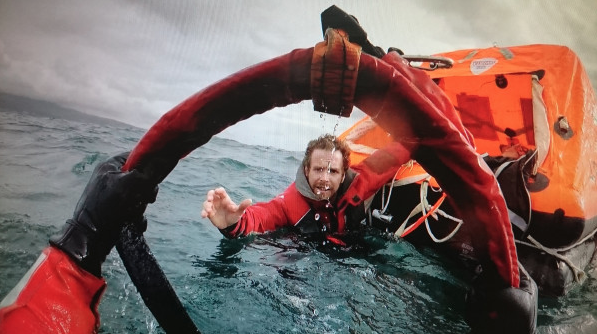 Sailor Edward Harwood during the rescue from yacht Mistral

UK sailor Edward Harwood says his Ocean Signal SafeSea 100G EPIRB ‘proved worth its weight in gold’ after he and his crew were dramatically rescued from their sinking yacht, Mistral, off the Costa Del Morte, Northern Spain.

On passage back to the UK, sailing from Villa Nova de Arousa to France on-board the 1977 Dehler Optima 92, the sailors found themselves in a life-threatening situation after discovering the boat was taking on water near Biscay’s ‘Coast of Death’ following rough weather and Force 7 wind at the start of their voyage.

They immediately located the grab bag, prepared the life raft and activated the Ocean Signal EPIRB (Emergency Position-Indicating Radio Beacon) as efforts to pump the vessel out to save her proved fruitless. With the boat now stationary and low down by the bow, they also sent out a Mayday on the handheld VHF but there was no response.

Just minutes after abandoning the yacht and climbing into the life raft, the sailors had received a radio message and were communicating with the rescue authorities who informed them they had seen the EPIRB alert and had been contacted by the UK coastguard.

Edward said: “There is no doubt it was the EPIRB that did the trick. The flooded boat meant that putting out a Mayday using the VHF did not work. Within 7 minutes, we were receiving calls from family in the UK asking if we were okay. They had been contacted by the UK Coastguard and relayed to Vigo in Spain. In less than 10 minutes there was a rescue helicopter, Salvamento Marítimo helicopter PESCA 1 of Vigo air base, and fast boat on the scene. We were lifted to safety and I saw the boat up ended and going down. Within 25 minutes of the EPIRB being set off, we were in the airbase taking a shower and being given hot drinks.” 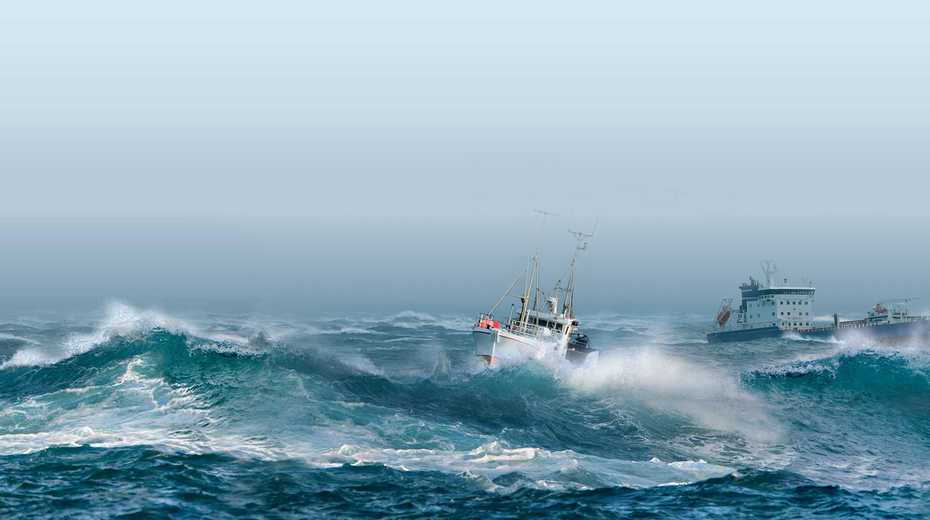 Used to alert search and rescue services in the event of an emergency at sea, the SafeSea E100G EPIRB has exceptional operational battery life with enough capacity to operate the EPIRB continuously, typically for four whole days, even using the E100G with GPS fix. It features intuitive operating controls and is very easy to use, even in a stressful environment. The E100G is fitted with a 50-channel, integral GPS which improves location accuracy and significantly reduces the time taken for the position to be transmitted to the rescue authorities. Certified for use on vessels registered in many countries across the world, the SafeSea E100G is a Cospas–Sarsat EPIRB operating in the 406MHz satellite band.

Edward added: “The Ocean Signal EPIRB is a truly outstanding product. It is easy to use in an emergency situation, fast and faultlessly reliable, plus it is by far the toughest and best quality. I will use one all my sailing life. I can think of no better and more necessary bit of safety equipment to have aboard.

“Over the past 10 years, we have always had an EPIRB on board and would not sail offshore without one. When the time came to replace it, the obvious choice was the Ocean Signal with the GPS built in. This was not only because of the fantastically practical battery arrangement, but also because the GPS feature made sense. If you are in trouble, you want to be located fast and it proved to be worth its weight in gold.”

James Hewitt, Sales and Marketing Manager, Ocean Signal, said: “It is never good to hear that a beacon has had to be activated, however it is great to hear that Edward and his crew are safe as a result of having an Ocean Signal EPIRB on board. It is really important that all vessels are equipped with an EPIRB device with GPS, such as the Ocean Signal E100G involved in this rescue, as it transmits an accurate location to the rescue authorities very quickly.”

Ocean Signal’s products will be available at METSTRADE, November 14th to 16th, at Stand 03.125.