[SatNews] Italy is one of the leaders in the European space industry. 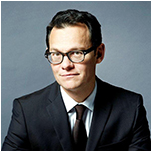 During his traditional New Year's address, which took place in Rome on January 14, Stéphane Israël, Chairman and CEO of Arianespace, reaffirmed his confidence in the very productive collaboration between his company and the Italian space industry.

Arianespace signed three commercial contracts in 2013 for Vega launches of Earth observation satellites, bringing this launcher's backlog of orders to a total of nine. On November 20, 2013 in Rome, Arianespace, ELV and ESA signed a tripartite agreement for the acquisition of ten more Vega launchers, bringing the number now under construction to 14.

Vega is Europe's new light launcher, built under the prime responsibility of Italy. It is one of the three launchers in the Arianespace family, along with Ariane 5 and Soyuz. The rocket was launched for the second time on May 7, 2013, a launch that was just as successful as the first. The Vega launcher capitalizes on the industrial expertise developed for Ariane 5 by Avio, the prime contractor for the solid boosters on Ariane 5, via its subsidiary Europropulsion, equally-owned with Safran.

Italy is one of the leaders in the European space industry. By developing its skills and expertise over the years it has become a preferred partner to Arianespace, concerning its contribution to both launchers and a number of satellites.

In addition to its participation in Ariane 5 and Vega, Italy is the second largest contributor to the Soyuz at CSG (Guiana Space Center) program. The Italian space agency also operates the Malindi ground station in Kenya, used for Arianespace launches into geostationary orbit. 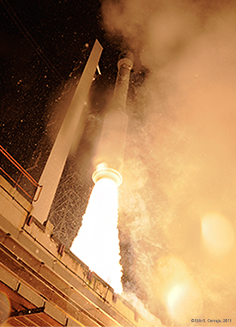 The next Arianespace launch is scheduled for Thursday, February 6 at the Guiana Space Center. An Ariane 5 ECA launcher will orbit the Athena-Fidus telecommunications satellite for the French and Italian armed forces, with the support of the two countries' space agencies, CNES and ASI. A second French-Italian military satellite, Sicral 2, will be launched by the end of the year. Athena-Fidus and Sicral 2 are built by Thales Alenia Space in Italy, while Telespazio is Arianespace's customer for these two launches.

Two Vega launches are planned in 2014. The first will orbit the DZZ-HR Earth observation satellite for Kazakhstan, and the second will loft ESA's atmospheric reentry demonstrator, the IXV spacecraft.

"Arianespace has a very close relationship with the Italian space industry, one that moved to a new plane in 2013," said Stéphane Israël, Chairman and CEO of Arianespace. "In the launcher market, Vega is establishing its position as the preferred launcher for government or commercial missions into low Earth orbit, especially for Earth observation. Because of its clear commercial and technical success, we ordered 10 new Vega launchers in 2013.

Arianespace will carry out two Vega launches in 2014. Arianespace will also use Ariane 5 to launch two telecom satellites for the French and Italian armed forces, with Athena-Fidus being lofted on February 6 and Sicral 2 during the second half of the year; both of these satellites were built by Thales Alenia Space in Italy. Through these two launches, both supporting European defense, Arianespace is fulfilling its assigned mission of guaranteeing independent access to space for European governments. In 2013, and even more in 2014, the depth, breath and quality of our relationship with Italy is a source of great pride and satisfaction at Arianespace."