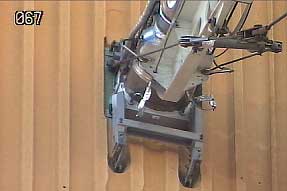 Ground umbilical carrier plate
[SatNews] NASA postponed space shuttle Discovery's launch to the International Space Station due to a hydrogen gas leak detected while filling the external tank. NASA managers have decided to postpone the next launch attempt for space shuttle Discovery to no earlier than November 30, at 4:05 a.m. EST.

Technicians will retrieve the ground umbilical carrier plate at Launch Pad 39A and begin a close look at it over the weekend after a leak in the apparatus prompted a scrub of Friday's launch attempt for space shuttle Discovery. Mike Leinbach, shuttle launch director, said the liftoff was postponed until no earlier than November 30 so engineers could have time to consider the problem and inspect the GUCP more closely. 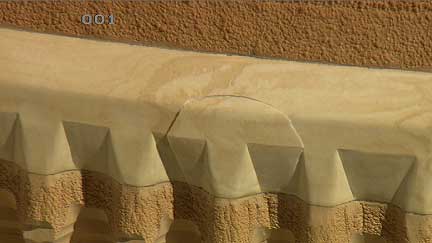 Crack in external tank foam
Mission managers also will look closely at a crack in the external tank foam that developed as supercold liquid hydrogen and liquid oxygen were being drained from the tank. The 15-story tall, orange external tank shrinks and expands as its temperature changes from the effects of the propellants. That change can cause the foam insulation on the outside of it to crack.

Mike Moses, chair of the Mission Management Team, said the crack did not develop until after the launch attempt was called off. However, he said the team will analyze the crack carefully.

The leak, detected early Friday morning while the shuttle's external fuel tank was being loaded, was at the Ground Umbilical Carrier Plate, or GUCP, an attachment point between the external tank and a 17-inch pipe that carries gaseous hydrogen safely away from Discovery to the flare stack, where it is burned off.

The 11-day STS-133 mission will deliver the Permanent Multipurpose Module (PMM) to the station. The PMM, which was converted from the multi-purpose logistics module Leonardo, will provide additional storage for the station crew and experiments may be conducted inside it, such as fluid physics, materials science, biology and biotechnology. 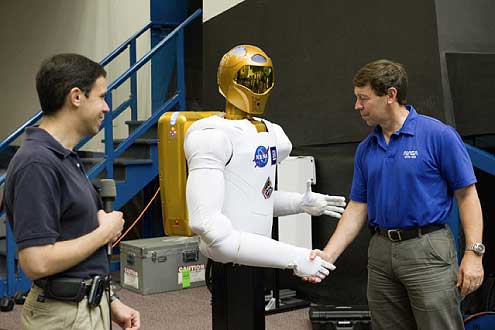 Robonaut 2, the Next Generation Dexterous Robot JSC2010-E-112701 (4 Aug. 2010) — NASA astronaut Michael Barratt, STS-133 mission specialist, shakes hands with Robonaut 2 (R2) during media day in the Space Vehicle Mock-up Facility at NASA's Johnson Space Center. R2 is the first humanoid robot to travel to space and the first U.S.-built robot to visit the International Space Station. R2 will stay on the space station indefinitely to allow engineers on the ground to learn more about how humanoid robots fare in microgravity. Ron Diftler, NASA Robonaut project manager, is at left.
The flight also will transport critical spare parts and the Express Logistics Carrier 4 (ELC4) to the station. ELC4 is an external platform that holds large equipment. Robonaut 2, or R2, will be the first human-like robot in space when it flies on Discovery inside the PMM to become a permanent resident of the station. The mission will feature two spacewalks to do maintenance work and install new components.