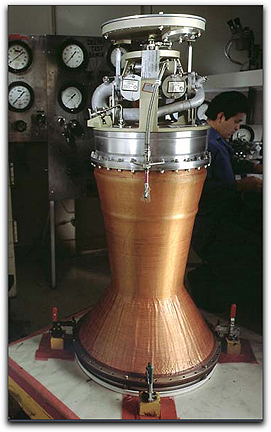 Aerojet's second-stage engine has supported past launches of Global Positioning System satellites, built by Lockheed Martin, as well as the Phoenix Mars Lander, the recent NASA Kepler mission, THEMIS, MESSENGER, and the Mars Exploration Rover (MER) spacecraft, to name a few. Aerojet thrusters have also flown on every GPS mission to date ensuring that the United States provides GPS navigation capability to both military and commercial users. "This final GPS satellite to be launched on the Delta II vehicle highlights the importance this system has been to our nation," said Aerojet's Director of Delta II and Space Tank Production Programs, Rich Yanick. "Aerojet is proud to have played a significant role in its success."