Despite an unhappy attempt in August in which India's rocket was unable to deploy a spare navigation satellite into LEO, they are forging ahead with plans for a November or December launch according to this article shown below.

India will resume launching satellites in November or December, unfazed by the failure of its rocket in deploying a spare navigation satellite in the Earth’s lower orbit on August 31, said a top official on Friday. “We will resume the launches by November or December, with one of the remote sensing satellites though we are yet to finalise with which,” said A.S. Kiran Kumar, Chairman of the Indian Space Research Organisation (ISRO). 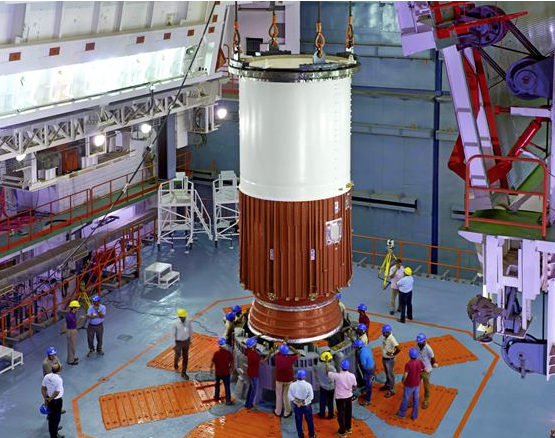 This 1.4-tonne IRNSS-1H was launched August 31, 2017, but unsuccessful in delivering it into orbit as its heat shield did not separate. Photo by ISRO . (Image: ISRO)

The state-run space agency will schedule its next launch mission after a committee studying the cause of the failure submits its report soon. “We have identified what the problem is and are going through the simulations to make sure what we are concluding is what has exactly happened (heat shield not separating and deploying the satellite in the orbit),” Kumar told reporters on the margins of a space event here.

In a rare mission failure, the space agency’s workhorse Polar Satellite Launch Vehicle (PSLV-C39) could not deliver the 1.4-tonne Indian Regional Navigation Satellite (IRNSS-1H) in the orbit as its heat shield did not separate minutes after its successful lift-off from spaceport Sriharikota in Andhra Pradesh, 80km northeast of Chennai.

“The committee has been set up to go through the report, which will come out soon. Launches will resume after the committee gives its final report,” reiterated Kumar. The rocket’s heat shield should have separated three minutes after the lift-off, but it failed to. Space scientists at the mission control centre waited for 19 minutes to see if it would separate, and only then declared the mission unsuccessful on August 31 night.

The IRNSS-1H, which was part of the Navigation Indian Constellation (NavIC) as a substitute for IRNSS-1A was to have been deployed 507km above the earth. The Rs 1,420-crore NavIC consists of nine satellites — seven in orbit and two as substitutes (IRNSS-1H and IRNSS-1I). The Chairman, however, admitted that the failed mission was not insured.

“We don’t insure our own launches. Whatever launches we do are from the government’s money,” Kumar told IANS at the silver jubilee celebrations of the space agency’s commercial arm Antrix Corporation Ltd, set up 25 years ago for space business. Antrix Managing Director S. Rakesh said that as a setback the mission failure was a part and parcel of any space business. “If I see the nature of its setback, it is not a serious one, it is a small hitch as I see it,” asserted Rakesh.

Ruling out even short-term impact on Antrix, Rakesh said there was demand for its services. “The testings are going on and it should not have any short-term impact on Antrix. Our demands keep coming,” added Rakesh. Inaugurating the event earlier, Kumar told the gathering that the space agency was looking at joint ventures with the space industry for its rocket launches by 2020-21.

“One of the key things we are planning to do is joint ventures with the industry for PSLV launches by 2020-21. We are working on a consortium of state-run and private firms to build its (rocket’s) nitty gritty,” noted Kumar. “Antrix should leverage ISRO’s capabilities to boost export of our space products and services and compete with overseas players, which are offering space tourism,” added Kumar.

“With the Goods and Services Tax (GST) Council treating global orders as exports, we see greater opportunity in some of the newer vehicles like the Geosynchronous Satellite Launching Vehicles (GSLV),” pointed out Rakesh. With a consortium in place, Antrix hopes to grow its space business by marketing its offerings to the global space community.