A satellite was designed and built here in the Ocean State, and it was launched from NASA's Wallop Flight Facility on Monday.

The Antares rocket which lifted off at 4:44 a.m. EDT could be seen low in the sky from Rhode Island. 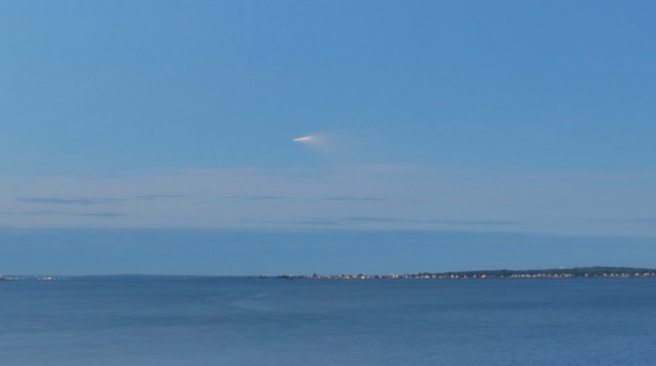 Courtesy: Jim Hendrickson. The Antares rocket as seen from Rhode Island after it was launched from Wallops Flight Facility in Virginia.

The Brown Space Engineering Club has been working on a cube-sat to launch into space for the last seven years.

The 4 inch cube satellite called "EQUISat" was included in a supply capsule for the International Space Station. Eventually, the satellite will be deployed to conduct experiments.

"The reason we're doing this is to test this new type of battery technology known as lithium ion phosphates," said Hunter Ray, a Brown University student.

Ray said that these batteries could be used to power NASA's new rovers, space suits and other applications.

On the small satellite are LED lights. These lights will be so bright that they will be able to seen blinking from Earth while the satellite is passing more than 260 miles overhead. They will be as bright as the north star, according to Manav Kohlie, a Brown University student. 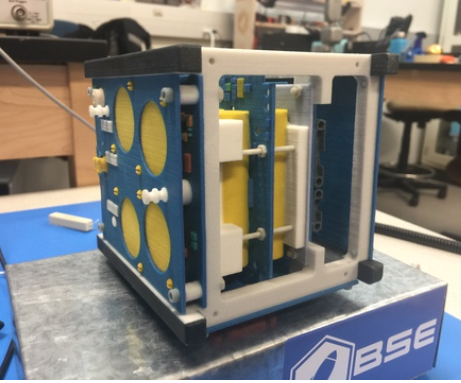 The satellite cost just $3,776 to make. The team bought the parts off the internet, designed all the circuitry and wired everything by hand. They built the solar panels from scrap pieces of larger panels. The scraps cost $4 a piece.

Once it is deployed from the Space Station this summer, EQUISat will use the Earth's magnetic field to orient itself so the LED lights face Rhode Island.

People will be able to track and look at the data from the satellite on a web site or phone/tablet app, according to Tyler Fox, a Brown University Grad student who led the software team. In addition, EQUISat will broadcast a transmission over Ham radio with its orbital position and data.

According to Brown University, the club will develop a K-12 curricula around the satellite and will be speaking at local museums and other venues.

"Having the mission really be about promoting education is a really great way to help us interact with the community around us, and show them the cool things we're doing and the cool things we hope they'll do," Fox said.

The EQUISat satellite is expected to be in orbit for up to two years before it slowly falls to Earth and burns up in the atmosphere.