Capacity Revenues From Cellular Backhaul Could Reach $1 billion+ By 2025, According To Euroconsult

[SatNews] According to Euroconsult's newly released report, Prospects for Cellular Backhaul in Fast-Growing Economies, capacity revenues from cellular backhaul in fast growing economies could reach over $1 billion by 2025, up from around $550 million in 2014, corresponding to a 6 percent CAGR over the ten-year period.

These numbers reflect a sustained increase in the number of sites using satellite backhaul, leading to around 37,000 sites by 2025. These forecasts also recognize a 14 percent CAGR in traffic carried that should reach around 150 Gbps by 2025, along with a corresponding 8 percent CAGR for capacity used in MHz reaching close to 45 GHz by 2025, when taking into account spectrum efficiency. 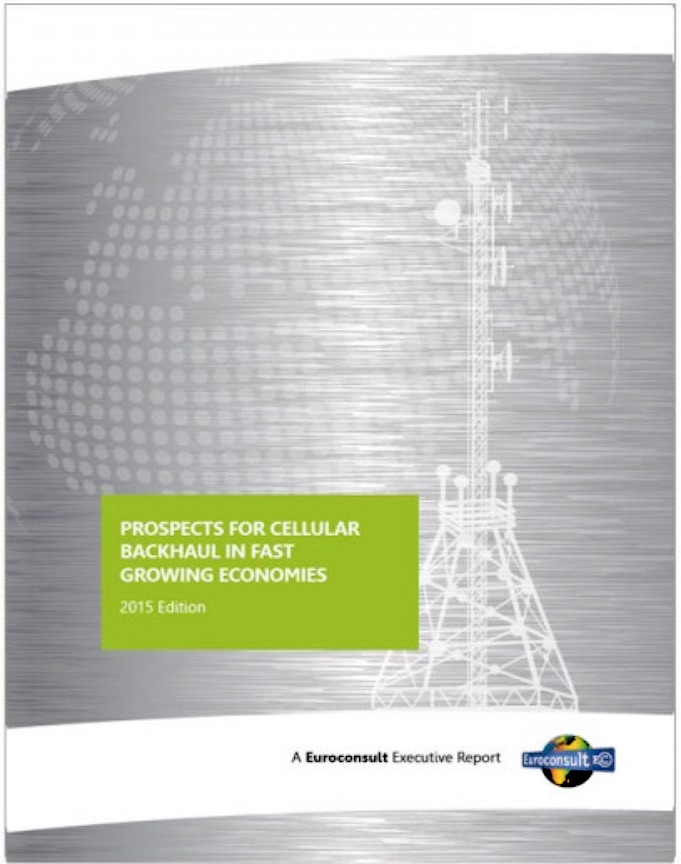 High Throughput Satellite (HTS) usage remained limited to a few regions and certain payloads until recently due to, among other factors, the cautious nature of industry adoption and ramp-up. An important driver for increased traffic over HTS systems moving forward is 3G expansion, which can economically only be carried over HTS and thereby allay service providers' concerns over CAPEX needs and network availability.

The market structure is currently undergoing a value chain shift, mostly visible in African and Asian markets. As mobile network operators undergo large-scale outsourcing of tower operations, players like larger solution integrators and base transceiver station manufacturers such as Ericsson, Huawei, ZTE and IP Access are entering the backhaul market as managed service providers, often in partnership with satellite operators and service providers. In markets like Latin America, mobile operators still procure most of the satellite capacity that they need directly and they also manage base transceiver station operation.

"The extension of 2G networks to rural sites has been a top driver for cellular backhaul for a number of years; the development of 3G small cells running on renewable energy has recently created new demand in advanced mobile markets in Europe, North America, North East Asia and the Middle East," said Pacome Revillon, CEO of Euroconsult and editor of the report. "As a consequence of these key drivers, the number of sites using satellite backhaul almost doubled between 2009 and 2014 to reach close to 19,000 sites for a satellite capacity use of over 18GHz."