[SatNews] During the round, teams compete online to identify and solve vulnerabilities in simulated computer networks.

The Air Force Association announced today that CyberPatriot, the National Youth Cyber Defense Competition, has drawn 1,566 teams for its sixth season of competition, representing a nearly 30 percent growth from last year. This year, teams represent all 50 states, the District of Columbia, Puerto Rico, Canada, and U.S. Department of Defense Dependent Schools in Germany, Italy, The Republic of Korea, and Japan. 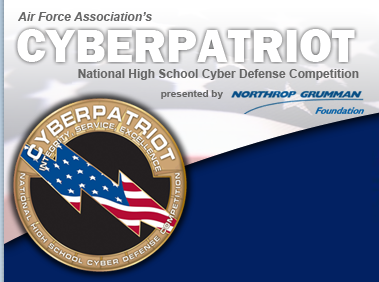 New to the competition this year is a middle school division featuring 69 middle school teams from 23 states. This new pilot track is being offered in response to an increase in interest among younger students in the cybersecurity and STEM fields.

Teams are now gearing up for the first online round of competition, which will be held November 15-17.This round uses the CyberPatriot Competition System developed by the Center for Infrastructure Assurance and Security (CIAS) at the University of Texas at San Antonio, to allow hundreds of teams to compete at the same time.

During the round, teams compete online to identify and solve vulnerabilities in simulated computer networks. Combined scores from this round and a second online round in December will determine which teams advance to the Semifinals where they will have a chance to win all-expenses-paid trips to the National Finals Competition in Washington, D.C. in March 2014.

For teams not advancing to the CyberPatriot National Finals Competition, a state and regional recognition round will be held to determine top teams in each area that were not national finalists.  The Regional Recognition Round will be powered by Leidos' CyberNEXS.

"CyberPatriot is the nation's largest and fastest growing youth cybersecurity challenge," said Bernie Skoch, CyberPatriot Commissioner. "Its unique structure allows us to provide a hands-on learning environment that engages students in the curriculum and excites them through the element of competition. We are particularly excited this year to bring personal and professional growth for middle school participants by teaching them technical skills as well as the value of teamwork, leadership, and critical-thinking, right alongside high school students."

The Air Force Association is a non-profit, independent, professional military and aerospace education association. Our mission is to promote a dominant United States Air Force and a strong national defense, and to honor Airmen and our Air Force Heritage.  To accomplish this, we:

DUCATE the public on the critical need for unmatched aerospace power and a technically superior workforce to ensure U.S. national security.

AFA has 200 chapters nationally and internationally representing more than 107,000 members.