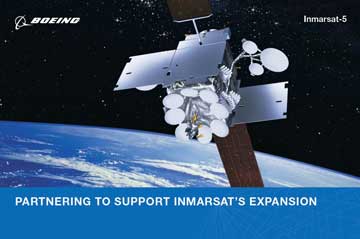 The PDR was a comprehensive review that validated Boeing’s design approach to the physical and functional requirements of the spacecraft. The review is the first step toward confirming that the satellites will operate effectively on orbit. The first spacecraft is expected to launch in 2013.

Successful completion of the PDR allows Boeing to proceed to the Critical Design Review (CDR), the final step before the company begins to assemble the satellite. The CDR is expected to be completed this fall.

Inmarsat, the leading provider of global mobile satellite communications services, signed a contract with Boeing in August 2010 for three 702HP spacecraft to provide its new Ka-band global and high-capacity satellite services. The new satellites will join Inmarsat’s fleet of 11 geostationary satellites that provide a wide range of voice and data services through an established global network of distributors and service providers.