SSL has a new addition — a blog accessible at blog.sslmda.com that provides information, stories and opinions on a broad range of topics.  There's an article on today's first blog post entry contributed by Dr. Matteo Genna, VP, Product Strategy & Development and Chief Technology Officer. He details how they used additive manufacturing to reduce their antenna tower mass by more than 50 percent on a recently launched satellite. Part of the article is shared below.

As a technology innovator, SSL was one of the first spacecraft providers to use additive manufacturing (also known as 3D printing) on primary structural flight hardware. The launch of Hispasat 30W-6 marks another milestone in the company’s development of highly optimized structures that are enabled by additive manufacturing. The Hispasat 30W-6 antenna tower is the largest and most complex antenna support structure that SSL has completed to date. 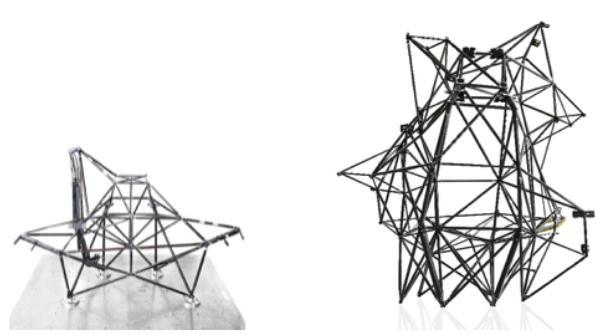 The strut-truss design methodology used on the satellite, which brings a range of communications services to Europe, the Americas, and North Africa contains more than 200 carbon fiber composite struts, making it three times the size of the first strut-truss tower that SSL launched in late 2016.

More than 200 additively manufactured metal and polymer components were incorporated throughout Hispasat 30W-6 including 3D printed nodes that enabled the antenna tower design. The utilization of this technology improved the overall assembly schedule, performance, and operational lifetime for the spacecraft.

Hispasat 30W-6 was designed with multiple payloads in Ka-, Ku-, and C-bands, which will be used to help bridge the digital divide in North Africa, Latin America, and the Iberian Peninsula. It will provide quality Internet access in rural areas, on high-speed trains, and for ships at sea in the Caribbean and Mediterranean. It will also strengthen the distribution of information and entertainment in Latin America, enabling television access for over 50 million users.  Access the remainder of the article in SSL's Blog here.