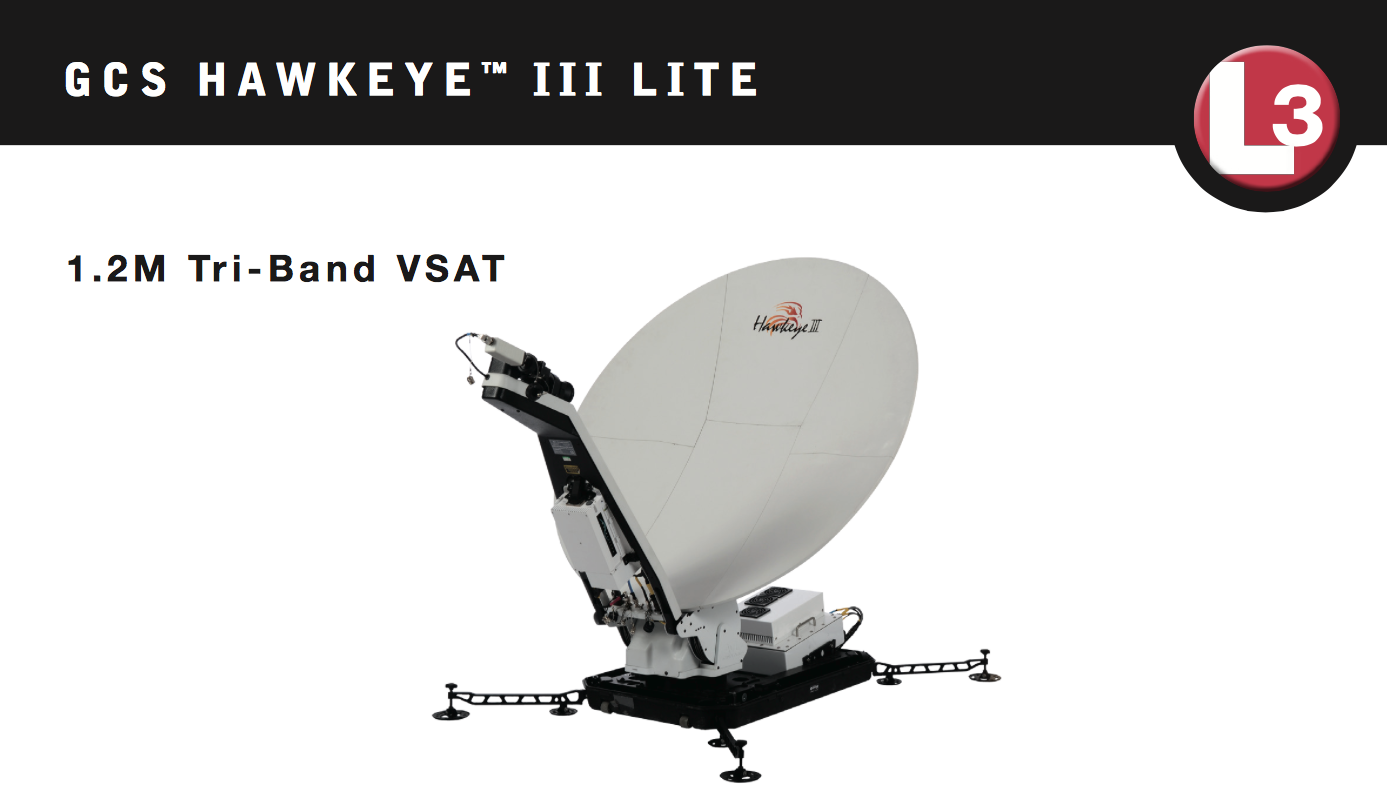 These terminals will facilitate direct communication from remote locations in all 50 states and U.S. territories. Additionally, these Army Strategic Command (ARSTRAT)-certified terminals will enable access to the Wideband Global SATCOM (WGS) network of military satellites supporting all response missions within the U.S. and its territories. These L3 products are on exhibit at the 2017 Association of the United States Army (AUSA) Annual Meeting & Exposition in Booth 7129.

Christopher E. Kubasik, L3’s President and Chief Operating Officer said that L3 is proud to provide an advanced WGS communications capability to the Air National Guard, and that they have delivered more than 12,000 VSATs to military customers and have earned a reputation for quality, performance and reliability. The improved satellite connectivity and functionality from these terminals will assist this essential unit in its critical missions across the globe.

L3 GCS is a provider of SATCOM systems that integrate data, broadband internet, telephony, multimedia, audio, video and computer networking, and is a unit of L3’s Communication Systems segment. The company’s rugged, easily deployed systems are utilized by the U.S. Department of Defense and U.S. Department of Homeland Security, as well as federal agencies and commercial sector customers.