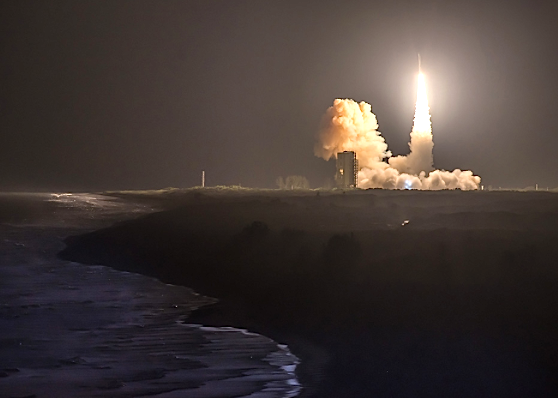 This was the first launch from this spaceport since the investment of more than $6 million in upgrades.

"Space Florida applauds Orbital ATK on the successful launch of its Minotaur 4 rocket carrying the ORS-5 mission for the United States Air Force tonight. It was a historic evening for the State of Florida, as this marked the first launch from the Cape Canaveral Spaceport's Space Launch Complex 46 since the state invested more than $6 million dollars into upgrades and renovations. We are pleased that Orbital ATK partnered with Space Florida for handling the preparation of the pad leading up to the launch, and look forward to more Minotaur 4 rockets and vehicles from other launch providers lighting up the sky from SLC-46 in the future."

Space Florida was created to strengthen Florida's position as the global leader in aerospace research, investment, exploration and commerce. As Florida's aerospace and spaceport development authority, they are committed to attracting and expanding the next generation of space industry businesses with their highly trained workforce, proven infrastructure and admirable record of achievements.

The Cape Canaveral Spaceport, where Space Florida has an operational spaceport authority role, is a major transportation hub for global space commerce. Space Florida oversees management and operation of key elements of Florida's existing space transportation capability including the Shuttle Landing Facility and Launch Complex 36 and 46.