SES has expanded their technical reach in Ghana and now serves four million TV homes, compared to two million in 2015, according to the Satellite Monitor study that was commissioned by SES.

The study shows the leading position of SES in the Ghanaian TV landscape, as SES now reaches two-thirds of TV homes in the country, the vast majority being fed directly by its satellite fleet. The increased reach is mainly driven by SES’s prime orbital position at 28.2 degrees East, which reaches 97 percent of all satellite TV homes in Ghana. From that orbital slot, SES hosts WAPS (West Africa Platform Services), a free-to-air (FTA) TV platform that provides broadcasters with access to the highest reach in West Africa and gives Ghanaian viewers access to 75 TV channels. 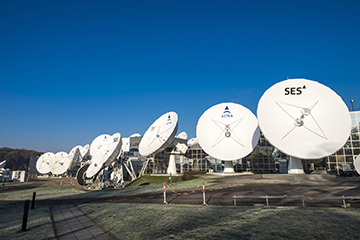 The results of Satellite Monitor show that satellite has grown rapidly and has become the leading delivery mode in Ghana: out of six million TV homes, four million are directly reached by satellite, an 83 percent increase compared to 2015. The remaining two million homes are fed by terrestrial networks, representing a 40 percent decline since 2015. The study also illustrates the important role of satellite for the digital switchover, serving 95 percent of digital TV homes. Digital TV has expanded in the country, with 69 percent of homes receiving digital TV signals, up from 40 percent in 2015.

According to Clint Brown, VP, Sales & Market Development for Africa, SES Video, the Satellite Monitor results for the Ghanaian market clearly illustrate the strong role of satellite broadcasting within the television infrastructure and SES as an enabler to bring digital TV to the highest number of homes in the country. SES is committed to boosting TV growth in the Ghanaian market, as well as helping broadcasters and content programmers seize opportunities to gain more viewers. The company's extensive reach in the market, along with the firm's video end-to-end solutions, will certainly contribute to achieving that goal.