[SatNews] ...but they also benefit the weather-sensitive sectors of the European economy, especially energy, transportation, construction, agriculture and tourism. 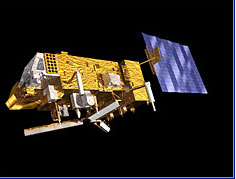 The Metop satellites are Europe’s first operational meteorological satellites in polar orbit. They deliver data for Numerical Weather Prediction (NWP)—the basis of modern weather forecasting—and climate and environmental monitoring. Observations from Metop-A have significantly improved weather forecasts up to 10 days ahead. These forecasts are essential to protect life and limit damage to property, but they also benefit the weather-sensitive sectors of the European economy, especially energy, transportation, construction, agriculture and tourism.

Metop-B began delivering first data within two weeks of its launch, allowing expert users to participate in the product calibration and validation activities. The satellite was declared operational on 29 January, bringing operational quality products from most instruments to the user community within three months of launch.

It is now the primary meteorological satellite for the delivery of real-time services to users.

Flying at an altitude of 817 km, each Metop satellite carries the same dedicated, sophisticated suite of instruments providing fine-scale global data, which can only be gathered in the low Earth orbit, such as vertical profiles of atmospheric temperature and moisture, wind speed and direction at the ocean surface, and some atmospheric trace gases.

The three Metop satellites, launched sequentially, will provide continuous data until 2020. The first satellite, Metop-A, was launched in 2006, and the third and final satellite, Metop-C, is scheduled for launch at the end of 2017.

Users have quick access to global data from Metop through two polar ground stations in the Arctic (Svalbard) and the Antarctic (McMurdo, in cooperation with EUMETSAT’s US partners, NOAA). In addition, the EUMETSAT Advanced Retransmission Service (EARS) provides a network of local reception stations which combine to further reduce data latency in regional areas of greatest importance for the EUMETSAT Member States.

The Metop satellites constitute the space segment of the EUMETSAT Polar System (EPS), Europe’s contribution to the Initial Joint Polar System (IJPS) with the US National Oceanic and Atmospheric Administration (NOAA).