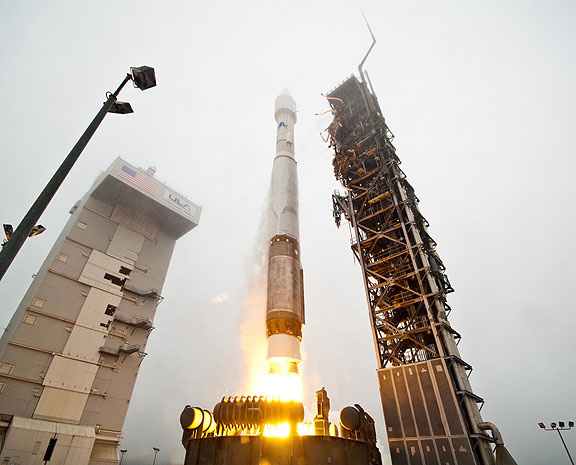 The fourth and final planned launch of NROL-36 for the NRO in 2012 and the 8th of 11 planned launches for United Launch Alliance in 2012 took place in textbook perfection, today. Thursday, September 13, from Space Launch Complex (SLC)-3 at Vandenberg Air Force Base, California Launch at 2:39 p.m. PDT. Designated NROL-36, the mission is in support of national defense.

“Today’s successful launch of the NROL-36 mission occurred on the same day as the national memorial service honoring American hero Neil Armstrong. The scientists and engineers developing and operating these remarkable current-day launch and spacecraft systems reflect Neil’s incredible legacy to mankind,” said Jim Sponnick, ULA vice president, Mission Operations. “Today’s launch marks the fourth and final EELV mission for the NRO’s Road to Launch 2012 accomplished in the last five months. This launch tempo is a tribute to all of the mission partners’ dedication and continued focus on mission success – one launch at a time.”

In addition to the NROL-36 payload, 11 CubeSats took advantage of available volume and structural capacity of the Atlas V launch vehicle for a ride share. The NRO and ULA partnered to develop an Aft Bulkhead Carrier (ABC) on the Centaur second stage, which is a platform for accommodating auxiliary payloads aboard Atlas V missions. Affixed to the ABC was an auxiliary payload called Operationally Unique Technologies Satellite, or OUTSat, carrying the 11 CubeSats in various configurations. 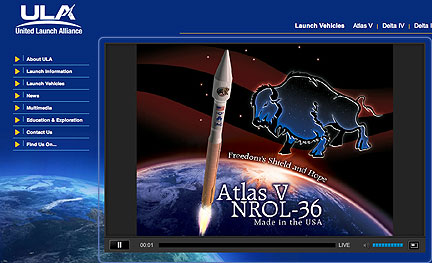 The CubeSats are sponsored by the NRO Mission Support Directorate and NASA's Launch Support Program, and were developed by the Space and Missile Defense Command, The Aerospace Corporation, University of Southern California, University of Colorado, California Polytechnic State University, Morehead State University, University of California Berkeley and the Lawrence Livermore National Lab. “These auxiliary payloads are the first of their kind for an Atlas V mission,” said Sponnick. “We are pleased we could support the NRO, NASA, and all of the associated institutions to deliver these important CubeSats which will study space weather and communications, debris mitigation, maritime shipping container tracking as well as space flight safety and orbit refinement.”