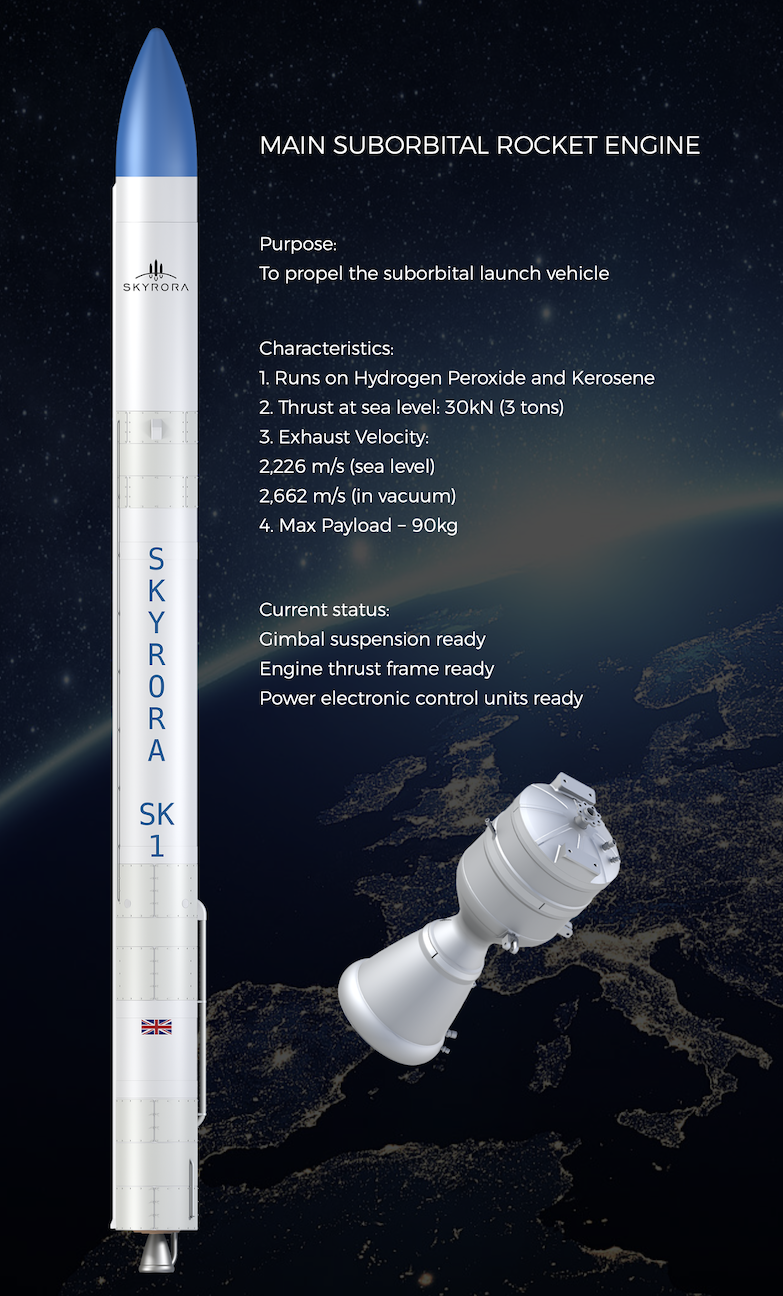 Apollo 11’s 50th anniversary will be very memorable for one space startup with its own “moonshot” goals for affordable launch systems. Skyrora Space Technologies has won the NewSpace Business Plan Competition (NSBPC), a “Shark Tank” style contest for commercial space startups. Skyrora, a Scotland-based firm, is working to provide cost-effective and reliable launch services to low-Earth orbit. The company was awarded $2,500 and well-deserved recognition for its vision and accomplishments.

During the challenge, Skyrora’s Anfisa Anikushina presented two rockets in development, including the Skyrora 1 main suborbital rocket and Skyrora XL three-stage rocket. Skyrora is also working to make launches greener with the use of hydrogen peroxide oxidizers, ideal for the volatile weather conditions of Scotland.

"The winners had a sophisticated business plan with a realistic pathway to building revenue in a burgeoning market that is ripe for this kind of service," said Richard Godwin, Venture Partner at Starbridge Venture Capital.

“What started out as a project to me and my dad became so much bigger. It’s now a family,” Stofiel said. “Three generations of our family have come together to present an image of the future of spaceflight and technology.”

Space is one of the most difficult of businesses to enter. NSBPC finalists demonstrated they are on a positive trajectory toward making their vision a reality. Prior to the competition, the finalists were also provided with the opportunity to go through a virtual accelerator and attended a day-long bootcamp on pitching investors.

The competition is organized by the Center for Space Commerce and Finance and generously sponsored by the Heinlein Prize Trust for commercial space, with additional support from SpaceFund, SSL, the Space Entrepreneur Summit, Brand Delta-V and the New World Institute.

The competition was held at the NewSpace Conference in Seattle, an annual event for space startups, established companies and government agencies along with private and tech investors.