Two Sats To Study Climate Change On Tap By ISRO 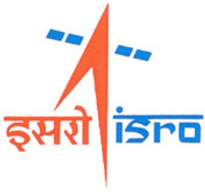 India will soon join a select space club by launching two dedicated satellites in polar orbit to study climate change through atmospheric research and detection of greenhouse gases, Indian Space Research Organisation (ISRO) chairman G. Madhavan Nair said last Sunday. “The satellites will be launched in 2010 and 2011. The first will be a 50 kg micro-satellite to conduct atmospheric research. The second will be a remote sensing satellite to monitor emission of greenhouses gases like methane and carbon dioxide,” Nair told reporters in India.

The dedicated satellites will make India one of the few countries in the world to have such advanced facilities to study the impact of climate change due to emission of greenhouse gases. Union Minister of State for Environment and Forests Jairam Ramesh said, “Only Japan and some European countries have launched dedicated satellites to monitor emission of greenhouse gases. India will be one among them by 2011 when we will have our own satellite for studying the greenhouse emission.”

The use of satellite technology will also demonstrate that India is serious about global warming and committed to protect the environment. “The world’s attention is engaged in climate change and environment. We are taking major initiatives for an integrated approach to the study of effects of ocean, land and atmosphere. The Indian space agency is already involved in this exercise through its mini satellite (IMS-1),” Ramesh recalled. ISRO launched the 83 kg small earth observation satellite (IMS-1) in April 2008 with two optical instruments — a Multi-spectral camera and a Hyperspectral camera to operate in the visible and near infrared regions of the electromagnetic spectrum. (Source: Thaindian News)