PredaSAR Corporation (“PredaSAR” or “the Company”) announces that the company will build and operate the largest and commercially advanced Synthetic Aperture Radar (SAR) satellite constellation, after successfully completing a $25 million seed financing round. 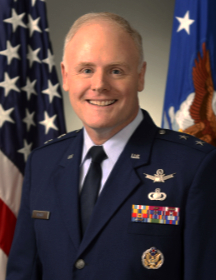 SAR is an advanced form of radar used to create 2-D images or 3-D reconstructions of objects. Overcoming the limitations of traditional optical satellites, SAR provides high-resolution images, regardless of time of day or weather conditions.

Recent advancements in engineering, manufacturing and the way SAR data is collected and processed, has resulted in decreasing the size, weight, power consumption and cost of SAR systems.

At the same time, the capabilities of SAR have increased so that data can be sent to the ground in virtual real- time to support mission-critical commercial and military applications.

Marc Bell, PredaSAR Chairman and Co-Founder, said there is an ever-increasing demand for low-latency SAR data. PredaSAR’s pending constellation will feature constant image capture to end-users, resulting in the most powerful small satellite SAR system ever delivered, that is well-ahead of other satellite technology. Proceeds from the raise will be used to manufacture and launch two SAR satellites through a strategic partnership with Tyvak, a leading innovator and provider of smallsats. Tyvak’s broad range of end-to-end satellite knowledge and expertise will boost PredaSAR’s capabilities and empower the Company to establish a strong foundation.
Bell added that with more than 30 years of distinguished service to the nation while serving in the U.S. Air Force, Maj. Gen. Teague has been tasked with guiding a trusted and experienced executive team, and brings a wealth of national security space expertise and demonstrated excellence to PredaSAR. From guiding the Space Based Infrared Systems (SBIRS) program to first launch, to helping The Boeing Company secure a number of recent big wins in their space communications portfolio, PredaSAR is fortunate to have such an experienced individual at the helm of the company.

Jeff Ransdell, Founding Partner and Managing Director of Rokk3r Fuel, said the company is proud to be part of the PredaSAR journey. The company’s vision and business model aligns exactly with the firm’s intent to support entrepreneurs with groundbreaking ideas propelled by exponential technologies that have the potential to change the world. PredaSAR is an absolute game-changer in its space.

Teague commented that he is proud to lead the PredaSAR team — the company has been carefully planning and developing the best commercial SAR satellite system capabilities, while building an incredible leadership team. The firm is completely focused on the intent to clearly observe the surface of the Earth, anywhere and at any time, so that the company can provide actionable data to government and commercial customers.

Major General Roger Teague was commissioned in 1986 as a graduate of the U.S. Air Force Academy. His career included a broad range of assignments primarily acquiring, operating and supporting space systems. Among his important assignments, he commanded the 4th Space Operations Squadron, where he led his unit during launch, test and operational activation of three Milstar communications satellites. He also served as the Director, Space Programs, Office of the Assistant Secretary for Acquisition in Washington, D.C. For Teague’s distinguished military background, access this direct infolink.