Open Cosmos and Addvalue have announced the signature of a key partnership to provide continuous communication and “data-burst as-a-service” to constellation-based remote sensing and IoT businesses.

The agreement will allow Open Cosmos’s smallsats to stay in continuous communications with their operation centre on the ground, thereby enabling mission tasking and mission data delivery in near real time. The combination of light weight, small form factor, and a low cost system also makes it perfectly suited for carrying out telemetry, tracking, and command (TT&C) communications, mission tasking, trouble-shooting and restoring operations. 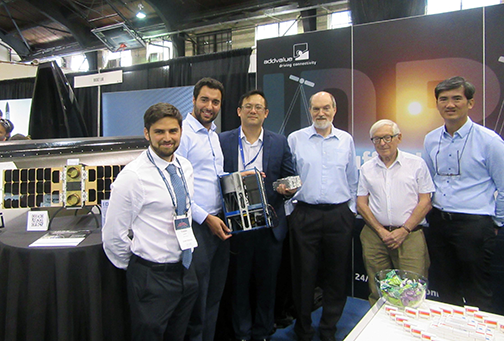 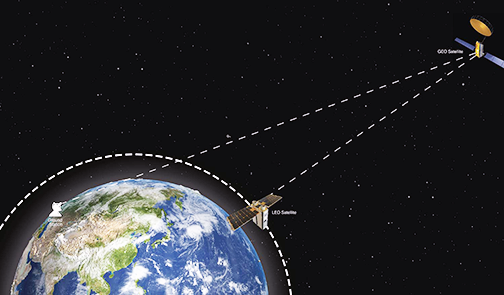 Dr. Colin Chan, Chairman and CEO Addvalue, said that this partnership to provide an IDRS™ terminal tailored to the qbee satellite platform as an add-on function will enable us to shorten the company's turnaround time to deploy the IDRS™ service as and when real-time connectivity is required by Open Cosmos customers.

Khai Pang Tan, COO and Chief Technical Officer Addvalue, added the the company sees a strong synergy between the Open Cosmos ground breaking “Satellite as a Service” business model and the benefit of including Addvalue’s IDRS™ to provide near real-time connectivity to the qbee satellite. Together, they present a strong and compelling proposition for the New Space Customer.

Rafel Jorda Siquier, Founder and CEO of Open Cosmos, noted that many of the firm's space mission customers have been asking for near-real time communications with qbee satellites. Addvalue is using the firm's simple-i service to fully qualify the compatibility of its IDRS™ in our qbkit and, when that is done, the company will be able to offer it as an off-the-shelf service in all of the Open Cosmos satellites.

Tristan Laurent, Head of Market Development, Open Cosmos, stated that the IDRS™ capability will unlock an entirely new range of applications needing continuous connectivity between their payloads and the ground, ranging from high data-burst downlink to real-time alert system. Furthermore, it will decrease initial commissioning time and overall constellation management risk for  customers.